Trump backs McCarthy for speaker, warns of ‘doomsday’ if GOP doesn’t come together 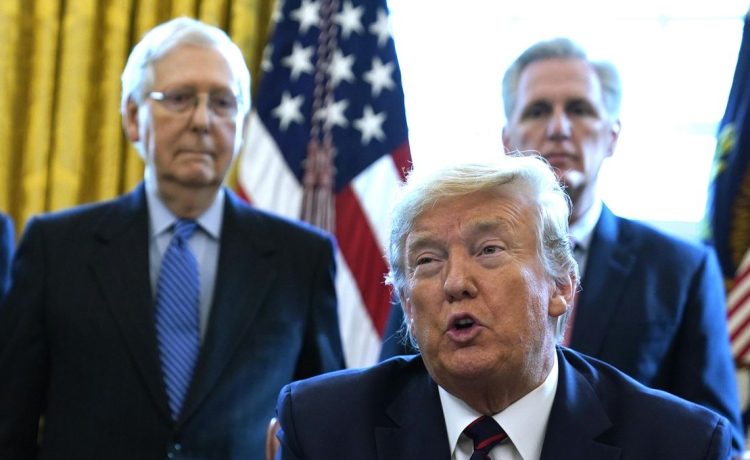 Former President Donald Trump says House GOP leader Kevin McCarthy deserves a shot to serve as speaker in the new Congress, as the California Republican lobbies for sufficient support before a vote in January.

Five House Republicans have said they are a hard “no” on Mr. McCarthy for speaker. If they hold firm, it would make it difficult for Mr. McCarthy to secure the 218 votes he needs, given there will be a 222-seat GOP majority.

Mr. Trump and Mr. McCarthy had a briefing falling out after the House leader highlighted the ex-president’s culpability in the Jan. 6, 2021, attack on the U.S. Capitol.

The former president told Breitbart he is cozy with the five Republicans who are opposing Mr. McCarthy — Reps. Matt Gaetz of Florida, Andy Biggs of Arizona, Ralph Norman of South Carolina, Bob Good of Virginia and Matt Rosendale of Montana.

“I’m friendly with a lot of those people who are against Kevin. I think almost every one of them are very much inclined toward Trump, and me toward them. But I have to tell them, and I have told them, ‘You’re playing a very dangerous game,’” Mr. Trump said.

Mr. Trump said the holdouts should consider whether there is an alternative to Mr. McCarthy. He cited the chain of events in which former Speaker John Boehner ceded to Speaker Paul Ryan in 2015.

“You could end up with some very bad situations. I use the Boehner-to-Paul-Ryan example. You understand what I’m saying? It could be a doomsday scenario,” Mr. Trump said.

Mr. McCarthy is doing his own arm-twisting behind the scenes.

He told radio host Hugh Hewitt that holdouts haven’t budged but he is trying to make them realize they would be putting GOP legislation and investigations “all in jeopardy” if they don’t come together.

The Wall Street Journal’s editorial board also called on GOP holdouts to rally around Mr. McCarthy.

“Republicans are the gang that couldn’t shoot straight — except at one another,” it wrote.