Trump blames Bolduc for New Hampshire loss, saying he backed off claim the 2020 election was stolen 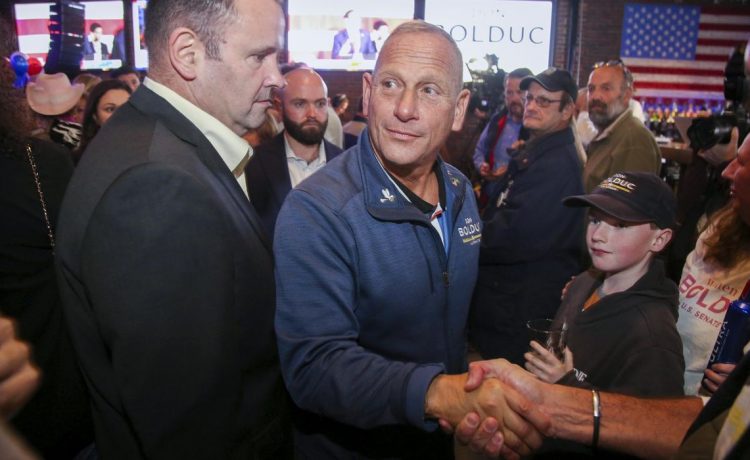 Former President Donald Trump on Tuesday chided Don Bolduc for walking back his claim that the 2020 election was stolen, saying he would have secured the New Hampshire Senate seat for Republicans if he would have stuck to his guns.

Mr. Trump said the defeat should serve as a lesson for other Republicans.

“Don Bolduc was a very nice guy, but he lost tonight when he disavowed, after his big primary win, his long-standing stance on Election Fraud in the 2020 Presidential Primary,” Mr. Trump wrote on his social media platform Truth Social.

“Had he stayed strong and true, he would have won, easily,” he said. “Lesson Learned!!”

He later dropped the claim after incumbent Democrat Sen. Maggie Hassan painted him as too extreme.

Mr. Trump, who has maintained a tight grip on the GOP, used candidates’ views on the 2020 election as a key litmus test for his endorsement leading into the midterms.