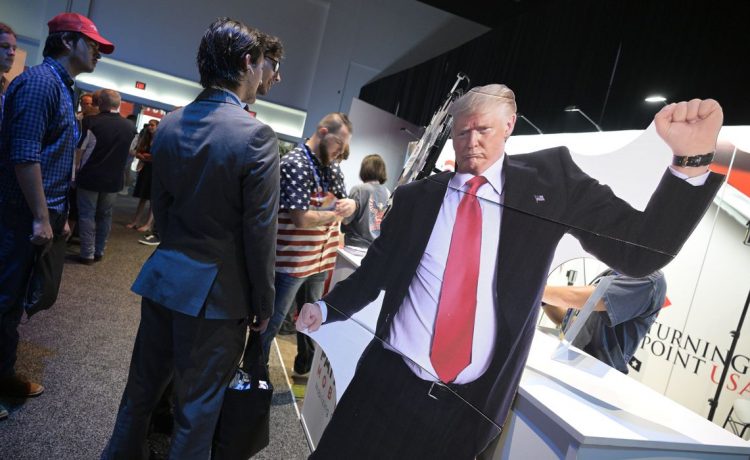 More than three-quarters of the young activists, 78.7%, said they would opt for Mr. Trump, compared to 19% for Florida Gov. Ron DeSantis and 1% for South Dakota Gov. Kristi Noem, according to results obtained by Fox News.

The poll underscored the former president’s staying power with his most ardent supporters despite unflattering revelations about him from the House select committee investigating the Jan. 6, 2021, riot at the U.S. Capitol.

Speaking at the summit on Saturday, Mr. Trump continued to claim that he won the 2020 contest and hinted at a forthcoming run, saying: “Now we may just have to do it again.”

“If I stayed home, if I announced that I was not going to run for office, the persecution of Donald Trump would immediately stop,” Mr. Trump said, according to Fox. “But that’s what they want me to do. And you know what? There’s no chance I do that.”

Roughly 30% of attendees said California Gov. Gavin Newsom would be the toughest Democrat for the Republican nominee to beat in 2024, while nearly 14% pointed to former first lady Michelle Obama, who has shown no interest in running for political office.

Former Secretary of State Hillary Clinton and Sen. Bernard Sanders, Vermont independent, were each cited by 10% of attendees, followed by 8% for Vice President Kamala Harris and 6% for Rep. Alexandria Ocasio-Cortez.