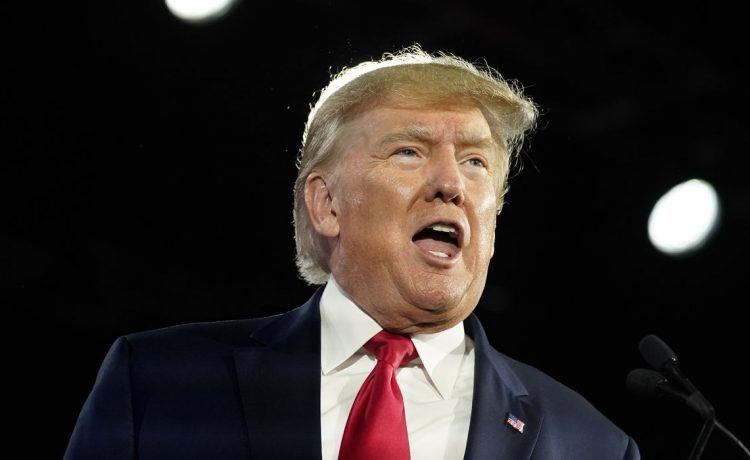 Former President Donald Trump disparaged his former vice president a day after the Jan. 6 committee held a hearing detailing his role in bucking the Trump plan to overturn the 2020 election results that certified President Biden’s victory.

Mr. Trump denied ever calling Mr. Pence a “wimp,” as alleged in Thursday’s hearing, but did reiterate his belief that his former No. 2 did not have the courage to object to Mr. Biden’s victory.

“Mike Pence had absolutely no choice but to be a human conveyor belt,” Mr. Trump said, referring to him certifying the Electoral College votes.

The former president also said Mr. Pence lacked courage to overturn the election in their administration’s favor, claiming that voter fraud was a major issue in the election.

Mr. Trump, who spoke at the Faith and Freedom Coalition in Nashville on Friday, spent the majority of his speech attacking the committee’s investigation into the 2021 Capitol riot.

“This is a one-sided witch hunt. We have nobody who can even speak,” Mr. Trump said.

The former president also said if House Republicans reclaim the majority this year, they should investigate the Jan. 6 committee and immediately issue subpoenas to House Speaker Nancy Pelosi and Rep. Liz Cheney, Wyoming Republican and a Trump foe who sits on the committee.

A fundraising email from Mr. Trump’s “Save America” political action committee on Friday also mocked the committee for suffering from “awful” TV ratings.

The committee, made up of seven Democrats and two Republicans, will continue to hold hearings this month to unveil its findings from the year-long investigation into the riot.

This week, testimony from the committee alleged Mr. Trump knew that his scheme to force Mr. Pence to overturn the election was illegal, but he supported it anyway.

J. Michael Luttig, a former judge for the U.S. Court of Appeals for the Fourth Circuit, accused Mr. Trump of being dangerous for democracy.

“Donald Trump and his allies and supporters are a clear and present danger to American democracy,” Mr. Luttig told the committee.

The committee will release a report at the end of the investigation.