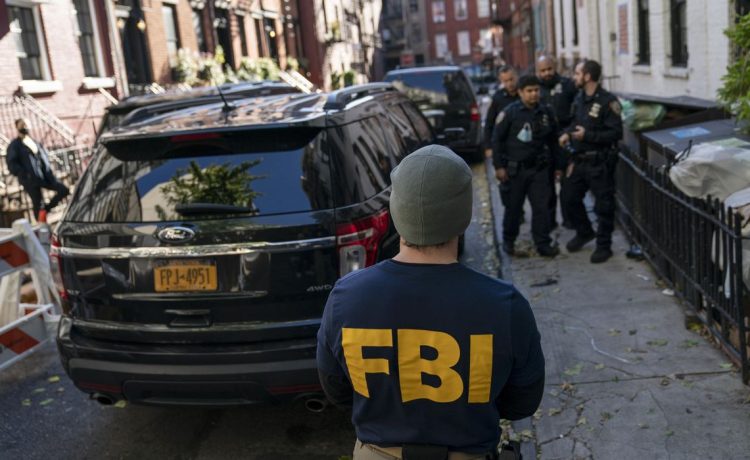 Officials who worked on former President Donald Trump’s 2016 campaign told The Washington Times Monday that the arrest of former FBI official Charles McGonigal on charges of money laundering and conspiring to violate U.S. sanctions underscores the corruption of officials who spearheaded the FBI’s Trump-Russia collusion probe.

“This is a disturbing trend of illegal activity by the intel analysts/leadership agents who ‘investigated’ me,” said George Papadopoulos, an adviser for Mr. Trump’s campaign.

“This is just the tip of the iceberg of FBI duplicity,” Mr. Caputo said. “But frankly, the FBI is expert at covering their backsides and I have no confidence of ever melting that iceberg.”

Mr. McGonigal, a former senior FBI counterintelligence official who helped lead the Trump-Russia collusion probe, is the fourth major figure from the investigation to face either criminal charges or end up under investigation.

Seth DuCharme, an attorney for Mr. McGonigal, said in a statement that his client will plead not guilty at his appearance in a Manhattan federal court on Monday.

Mr. McGonigal is the latest figure from the Trump-Russia collusion probe, known as Operation Crossfire Hurricane, to face legal consequences.

Former FBI lawyer Kevin Clinesmith pled guilty to doctoring an email used by FBI officials to justify secret surveillance of Carter Page, a Trump campaign adviser caught up in the bureau’s 2016 probe into the campaign’s ties to Russian officials who interfered in the election. Mr. Clinesmith was sentenced to 12 months of probation.

FBI supervisory agent Curtis Heide testified in federal court last year that the bureau is conducting an internal review into his possible misconduct — including improperly handling a surveillance warrant — during the Trump-Russia investigation.

Mr. Heide said he is under investigation for potentially withholding exculpatory information from the Foreign Intelligence Surveillance Court, which oversees wiretaps against Americans. The material in question was a “recording from one of the subjects,” Mr. Heide said without revealing further information.

The FISA court is only known to have approved wiretaps against Mr. Page in the Trump-Russia probe. He was investigated as a potential Russian agent but never charged with any crimes and denied any wrongdoing.

The probe is being handled by the FBI’s Inspection Division, which conducts internal audits. It can refer any wrongdoing to the Office of Professional Responsibility, which can recommend firings or other disciplinary actions.

The Justice Department Inspector General, the agency’s internal watchdog, had referred former FBI Deputy Director Andrew McCabe for criminal investigation after investigators concluded he lied four times while being questioned about an improper leak to journalists.

Investigators concluded he lied to them about authorizing leaking statements to journalists related to an FBI investigation into Hillary Clinton.

“The depth of the corruption inside the FBI knows no bounds. They quite literally had the fox guarding the hen house as it relates to Donald J. Trump,” he told The Times. “The chief ‘investigator’ of alleged ties between Trump and Russia turns out to have his own illegal ties to Russia. Nothing shocks me anymore.”