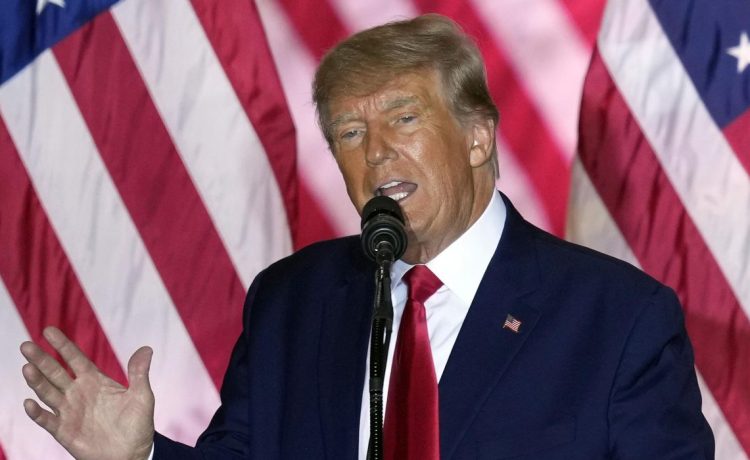 Former President Donald Trump demanded a new election or discarding the results of the 2020 election after Elon Musk released information he claimed proved the intended suppression of Hunter Biden stories during that time.

Mr. Trump said the “fraud” was a multilevel effort by the government, Big Tech companies and others that pushed a victory for President Biden.

“Wow! That’s a really big story about Twitter and various forms of government fraud including, specifically, election fraud. The same level of fraud took place with the other Big Tech companies, if not even worse [if that’s possible?],” Mr. Trump wrote on his social media site, TruthSocial.

The former president added: “We are living in a very corrupt country and as they are saying all over the Internet, ‘nothing will be done about it because the Justice Department and FBI are totally corrupt.’ But they’ll keep investigating “boxes” that were legally and openly taken from the White House.”

Mr. Trump’s reaction comes after Elon Musk released a thread on how Twitter sought to suppress a New York Post story about Hunter Biden and his laptop months before Election Day.

The thread, dubbed the “Twitter Files” pointed to a series of tweets by journalist Matt Taibbi, who made the emails between U.S. lawmakers and congressional staff and Twitter employees public.

The posts, which garnered thousands of retweets, corroborated that Twitter employees feared that the story of Hunter Biden’s laptop could be a Russian hacking operation.

The emails also showed that Twitter staff had communicated with members of both parties on how they could flag problematic tweets and have the company “handle” them.

Mr. Taibbi made a point that the requests came largely from leftwing circles to take care of conservative accounts.