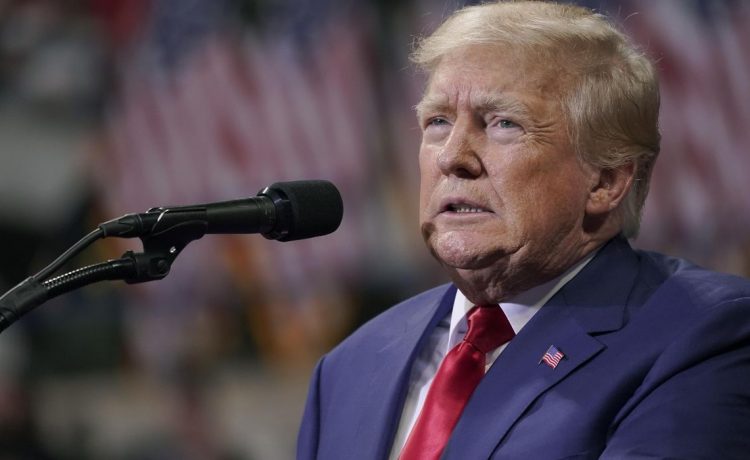 NEW YORK — The New York attorney general’s lawsuit accusing Donald Trump and his company of fraud has been assigned to a state court judge who repeatedly ruled against the former president in related subpoena disputes – including holding him in contempt, fining him $110,000 and forcing him to sit for a deposition.

Trump’s lawyers are objecting to Manhattan Judge Arthur Engoron’s continued involvement and accused Attorney General Letitia James’ office of attempting to “judge shop” because, in paperwork seeking assignment of a judge, it noted Engoron’s knowledge of the case and linked the lawsuit and subpoena disputes as “related” matters.

In a letter Thursday to the court’s administrative judge, Trump lawyer Alina Habba argued that the lawsuit should instead be assigned to the court’s Commercial Division, which is set up to handle complex corporate litigation.

James’ office, which filed the lawsuit last week, is angling to get the case to trial by the end of next year – before the first primaries in the 2024 presidential election. In a response, it said the case should remain with Engoron in part because of “the level of familiarity” he’s developed in handling discovery and subpoena issues in the underlying investigation.

“Given the fact that this action involves allegations of an ongoing scheme and conspiracy to obtain millions of dollars through fraudulent activity, and that defendants repeatedly have sought to delay the conclusion of (James’ investigation), it is imperative that this case proceed quickly,” Wallace wrote.

James’ lawsuit alleges Trump and the Trump Organization inflated his net worth by billions of dollars and misled banks and others for years about the value of prized assets like golf courses, hotels and his Mar-a-Lago estate. She is seeking $250 million and a permanent ban on Trump doing business in the state.

Trump’s three eldest children, Donald Jr., Ivanka and Eric Trump, were also named as defendants, along with two longtime company executives. A lawyer for Donald Trump Jr. and Eric Trump sent a letter Thursday to the administrative judge echoing Habba’s call to move the case to the court’s Commercial Division.

Engoron, a Democrat, has been involved in Trump-related cases since 2020, when he was assigned to intervene in quarrels among Trump’s lawyers and James’ office over demands for evidence and the direction of her investigation.

Trump, a Republican who’s been laying groundwork for a potential comeback campaign for president, claimed bias after several of Engoron’s rulings went against him, saying in a statement: “I can’t get a fair hearing in New York because of the hatred of me by Judges and the judiciary. It is not possible.”

In February, Engoron enforced a subpoena for Trump and two of his children, Ivanka and Donald Jr., to give deposition testimony under oath. They testified in August after a state appeals court rejected attempts to overturn the ruling. Trump invoked his Fifth Amendment protection against self-incrimination more than 400 times.

In April, Engoron held the former president in contempt of court and fined him for being slow to respond to a subpoena requiring him to turn over certain documents. Engoron lifted the contempt finding in June after Trump paid the $110,000 fine and complied with other demands.

Engoron has also issued rulings ordering the Trump Organization and its appraiser, Cushman & Wakefield to hand over evidence, and requiring another son, Eric Trump, to testify at a deposition.

Trump has decried James’ lawsuit as “Another Witch Hunt” and noted that his company’s financial disclosures warned banks not to trust the information provided.

Habba said the allegations in the lawsuit are “meritless.”