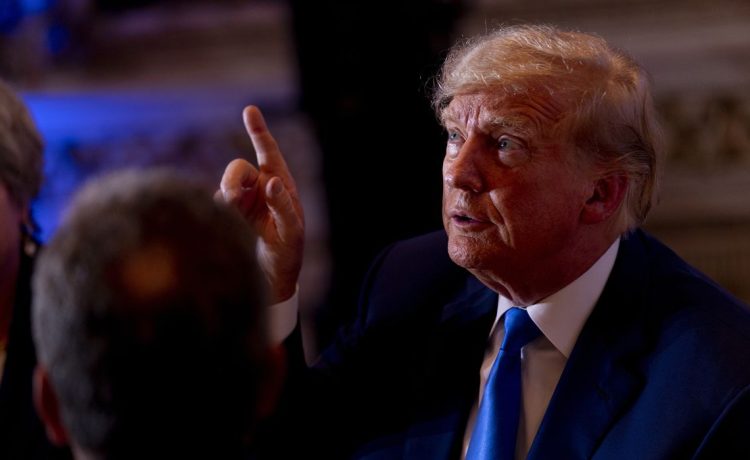 Mr. Musk is not named in the 96-page brief filed Monday, but Hunter Biden and Galileo Galilei do make appearances.

Mr. Trump’s lawyers said government officials relied on social media platforms to engage in viewpoint discrimination about such topics as COVID-19 leaking from a Chinese lab, the veracity of the 2020 election, the efficacy of COVID vaccines, and the content of Hunter Biden’s laptop.

“Most people once believed these to be crackpot ideas; many still do,” Mr. Trump’s lawyers wrote. “But crackpot ideas sometimes turn out to be true.”

The legal brief filed in the 9th U.S. Circuit Court of Appeals compares social media platforms censoring users to the condemnation of astronomer Galileo Galilei nearly 400 years ago for believing the earth was not at the center of the universe.

“The earth does revolve around the sun, and it was Hunter Biden, not Russian disinformation agents, who dropped off a laptop full of incriminating evidence at a repair shop in Delaware,” the legal brief said.

“Galileo spent his remaining days under house arrest for spreading heretical ideas, and thousands of dissidents today are arrested or killed by despotic governments eager to suppress ideas they disapprove of. But this is not the American way,” Mr. Trump’s attorneys argued.

The new appeal comes after a previous failure and on the eve of Mr. Trump’s anticipated return to the presidential campaign trail.

A federal judge scrapped Mr. Trump’s earlier lawsuit against Twitter in May 2022 and Mr. Trump is expected to announce his candidacy for the 2024 presidential contest on Tuesday.

Twitter banned Mr. Trump after the Jan. 6 riot at the U.S. Capitol last year and he has remained barred from the platform amid Mr. Musk’s takeover — although the new Twitter owner has signaled that this might change.

Earlier this month, Mr. Musk said on Twitter that the social media platform would not restore access for those who broke the rules until the company comes up with a new process that would take “at least a few more weeks” to develop.

Mr. Musk spoke out against permanently banning users, including Mr. Trump, at a Financial Times event in May and said he thought temporary restrictions on users were a better idea.

Mr. Musk and Mr. Trump are competitors in the social media sector and have engaged in a war of words over the future of American politics.

Mr. Trump’s social media platform Truth Social is a microblogging alternative to Twitter and the former president branded Mr. Musk a “bull———— artist” onstage at a rally in Alaska in July.

Mr. Musk said on Twitter in July it was time for Mr. Trump to exit politics in response to a video of the former president’s remarks about him.

The new Twitter owner has sided with Republican politicians in recent electoral contests, including by urging independent voters to support GOP candidates for Congress in this month’s midterm elections.