The Great Days > News > Trump meltdown sparks GOP worry that he will drag down the party, sabotage Senate runoff in Georgia
News

Trump meltdown sparks GOP worry that he will drag down the party, sabotage Senate runoff in Georgia 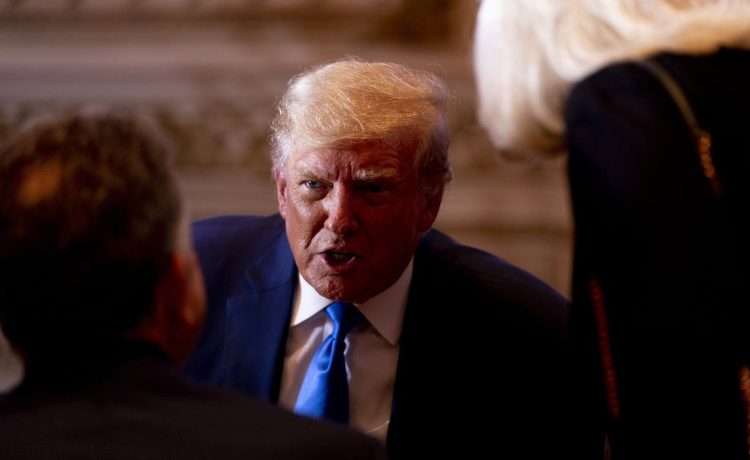 Former President Trump, who is expected to announce a third White House bid on Tuesday, has unleashed a series of attacks on rising GOP stars and conservative media, casting a cloud over Republicans who are trying to unite the party ahead of a critical Senate runoff in Georgia.

Less than 1 percentage point separates Republican challenger Herschel Walker from Democratic incumbent Raphael Warnock in the Georgia Senate race. The winner may decide the Senate majority, which is poised to make the Dec. 6 runoff the most important election of the year for the GOP.

Mr. Trump could spoil it for the GOP, some conservatives speculate. He could energize Democrats and keep disaffected Republicans on the sidelines in a repeat of January 2021, when his anger over the 2020 presidential election and efforts to overturn results in some states was blamed for depressing GOP turnout and helping Democrats win two Senate seats in Georgia’s dual special election — giving Democrats control of the chamber.

“He could encourage more Democrats to vote and scare independents,”  polling analyst Ron Faucheux said. “In a close election, that could be damaging to Walker.”

Mr. Trump, meanwhile, is fracturing the party by attacking rising GOP stars he sees as possible rivals to his planned political comeback in 2024.

The former president plans a “special announcement” from his Mar-a-Lago estate on Tuesday, three weeks ahead of the runoff, and it’s expected he will launch a 2024 White House run.

The move will only brighten the spotlight on Mr. Trump ahead of the pivotal Georgia election and will come after the former president fired two unprovoked attacks at Republican Govs. Ron DeSantis of Florida and Glenn Youngkin of Virginia, who are increasingly viewed by the GOP as the future of the party.

Mr. Trump, in a long statement, accused Mr. DeSantis, who he has dubbed “Ron DeSanctimonious”, of acting disloyal by refusing to pledge that he will not run for president in 2024.

In a separate statement, Mr. Trump said Mr. Youngkin “couldn’t have won without me” and that Mr. Youngkin’s name “sounds Chinese.”

“Young Kin (now that’s an interesting take. Sounds Chinese, doesn’t it?) in Virginia couldn’t have won without me,” Mr. Trump wrote on his Truth Social platform. “But he knows that, and admits it.”

Mr. Trump also attacked Fox News, the Wall Street Journal and the New York Post for being “all in for Governor Ron DeSanctimonious, an average REPUBLICAN Governor with great Public Relations.” He said Mr. DeSantis shut down businesses during the Covid pandemic, even though he ran on keeping the state open.

One Republican strategist said the attacks are hurting Mr. Trump.

“The more Trump lashes out at his GOP colleagues, the more it pushes voters away from the former president,” the GOP strategist said. “His strategy isn’t working and is having the opposite effect.”

Mr. Trump may alienate Republicans with his attacks while damaging his own political future by announcing his presidential bid ahead of the Georgia election, Peach State pollster Matt Towery said.

“A Trump announcement at this point, in the middle of the Georgia runoff, is highly risky,” Mr. Towery said. “After analysis of the General election, I now believe that Walker starts out with a 2- to 3-point deficit. But most expect him to be ahead. Should Trump announce and Walker fails, it will be blamed on Trump and it will add to the current narrative being pushed that he is to blame for there being no red wave.”

Mr. Towery said GOP losses on Tuesday were caused by “a complex set of factors.”

“I don’t think it is in Trump’s own best interest to hastily announce, and let the media say that Georgia is a referendum on him,” Mr. Towery said.

Republican strategists have been reluctant to talk publicly about Mr. Trump’s announcement and whether it is welcomed or dreaded by the GOP establishment.

Some say the former president should avoid getting involved in the runoff, even though Mr. Walker is one of his top endorsements of the 2022 election cycle.

“When Trump involved himself in the Georgia Senate elections two years ago, it was a disaster. So it would probably be a good idea for him to stay away from the state entirely,” one Republican strategist said.