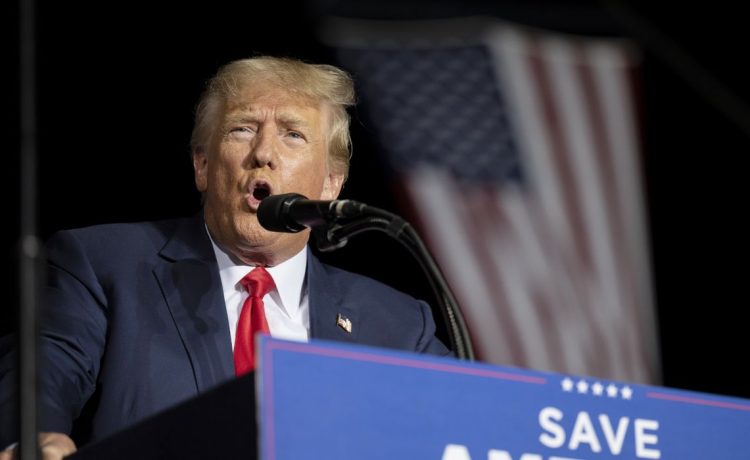 Former President Donald Trump on Monday denounced the Republican Senate candidate Joe O’Dea as a “RINO” or a Republican in name only.

Mr. O’Dea, who has mounted a spirited challenge to Democratic incumbent Sen. Michael Bennet in Colorado, drew Mr. Trump’s ire by pledging to “actively campaign” against the former president if he makes another White House run in 2024.

“There’s this RINO character in the Great State of Colorado, Joe O’Dea, that is running against the incumbent Democrat for the United States Senate, who is having a good old time saying that he wants to ‘distance’ himself from President Trump, and other slightly nasty things,” Mr. Trump wrote on his Truth Social social media platform. “He should look at the Economy, Inflation, Energy Independence, defeating ISIS, the Strongest EVER Border, Great Trade Deals, & much more, before he speaks. MAGA doesn’t Vote for stupid people with big mouths. Good luck Joe!”

In a statement to The Washington Times, Mr. O’Dea doubled down on his opposition to Mr. Trump.

“I’m a construction guy, not a politician. President Trump is entitled to his opinion, but I’m my own man and I’ll call it like I see it. Another Biden-Trump election will tear this country apart,” he said. “These elections should be focused on Joe Biden’s failures — supercharged inflation, a broken border, rampant crime, a war on American energy — not a rehash of 2020. America needs to move forward.”

All four of those GOP figures are considering presidential runs.

Mr. O’Dea has repeatedly voiced his disapproval of the Jan. 6, 2021, attack on the U.S. Capitol, calling it a “black eye on the country.”

“I have been very vocal that I thought [Mr. Trump] should have done more to keep the violence from heading towards the Capitol,” he recently said on CNN. “Anybody that was violent at the Capitol or tore something apart, they should be held accountable. We have got processes in place that hold people accountable. And we need to move the country forward.”