The Great Days > News > Trump says he was cooperating with government ahead of raid, search came ‘out of nowhere’
News

Trump says he was cooperating with government ahead of raid, search came ‘out of nowhere’ 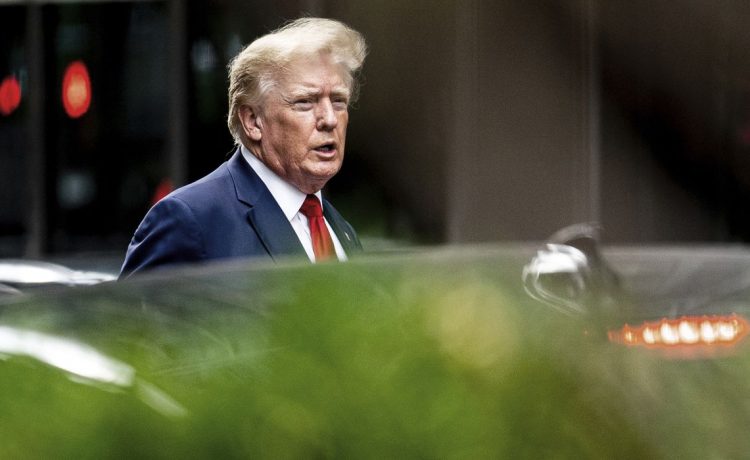 Former President Donald Trump on Thursday fiercely pushed back against Attorney General Merrick Garland’s assertion that the Justice Department had no choice but to search his Florida residence.

Mr. Trump insisted that he was cooperating with investigators and willing to provide the government with whatever it asked for, but the Justice Department sprung the surprise search “out of nowhere.”

He said he followed the government’s instructions to put an additional lock on a certain area of his Mar-a-Lago estate, suggesting the conversations between his attorneys and the government were about classified materials.

“My attorneys and representatives were cooperating fully, and very good relationships had been established,” Mr. Trump said in a statement posted on his Truth Social platform. “The government could have had whatever they wanted, if we had it. They asked us to put an additional lock on a certain — DONE!.”

“Everything was fine, better than that of most previous Presidents, and then, out of nowhere and with no warning, Mar-a-Lago was raided at 6:30 in the morning by VERY large numbers of agents, and even ‘safecrackers.’ They got way ahead of themselves. Crazy!,” he said.

Mr. Trump was responding to a rare public statement by Mr. Garland, who said that he would not have ordered a search of the former president’s Palm Beach, Florida estate if other avenues were available.

Speaking at the Justice Department, Mr. Garland, who said he personally approved the raid, emphasized that it was not a decision he made lightly. He said he would have pursued “less intrusive means” as an alternative if it were available.

The back-and-forth comes days after the FBI’s early morning raid.

While neither Mr. Trump nor Mr. Garland confirmed what the FBI agents were looking for, it is widely believed the raid was related to the National Archives and Records Administration’s effort to collect records and materials the former president sent from Washington, D.C. to Mar-a-Lago in the waning days of his administration.

Under federal law, classified material must be turned over to the National Archives for storage.

Mr. Garland also said Thursday that the Justice Department took the unusual move of asking a federal court to unseal the search warrant. The unsealing can be blocked by Mr. Trump’s lawyers, who have not yet signaled if they are planning to do so.