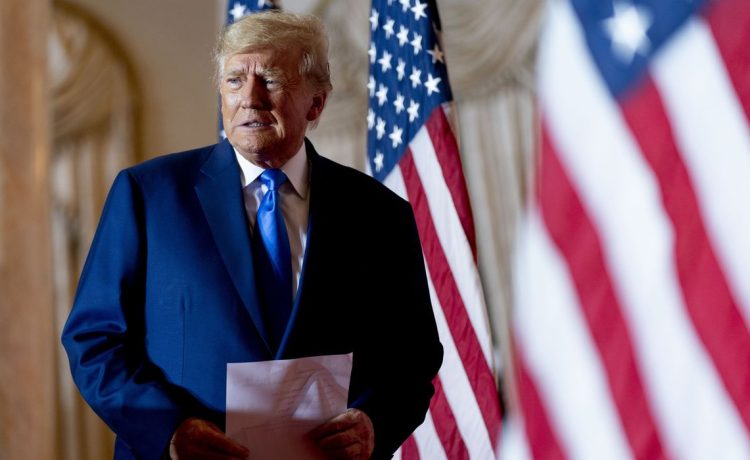 President Trump sued the House’s Jan. 6 committee, House Speaker Nancy Pelosi and the panel’s nine members on Friday, alleging their subpoena requiring him to answer lawmakers’ questions about the attack on the U.S. Capitol runs afoul of the separation of powers.

In a 41-page lawsuit, his lawyers said the subpoena served upon him last month was overly broad and if enforced, would infringe on the former president’s constitutional rights and Executive privilege.

The lawsuit notes no president has been forced to testify to a Congressional committee — while some have done so voluntarily.

“President Trump has been put in the untenable position of choosing between preserving his rights and the constitutional prerogatives of the Executive Branch, or risking enforcement of the Subpoena issued to him,” the lawsuit read.

It asks the judge to block the Jan. 6 committee’s subpoena.

The panel subpoenaed Mr. Trump last month, requiring him to appear for testimony and provide documents about communications he may have had with extremist groups and other lawmakers.

It’s unlikely Mr. Trump will have to testify, given the committee will disband in January.

He was set to come before the panel per his subpoena in mid-November; however, the lawsuit will likely delay any required appearance for some time.

The legal filing also comes just days before Mr. Trump is expected to announce his 2024 bid for the presidency on Nov. 15.

The case is Trump v. Select Committee to Investigate the January 6th Attack on the United States Capitol.

It was filed in the Southern District of Florida.

– The Associated Press contributed to this report.