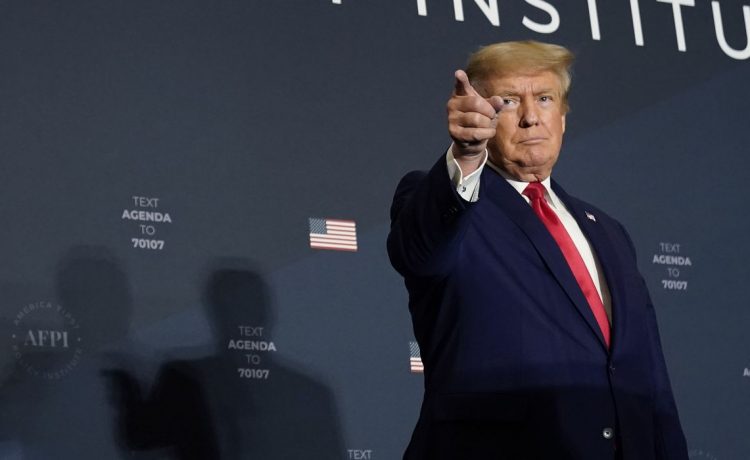 Former President Donald Trump is threatening a defamation lawsuit against CNN for making “false statements” that he says the broadcaster aired in connection with his questioning the results of the 2020 presidential election.

Mr. Trump’s lawyer, James Trusty, demanded in the letter that the company “publish a full and fair correction, apology, or retraction,” to articles containing alleged false statements about the former president within ten days.

“Failure to publish such a correction, apology, or retraction will result in the filing of a lawsuit and damages being sought against you, CNN,” Mr. Trusty wrote.

CNN’s parent company, Warner Media, did not immediately respond to a request for comment.

Mr. Trump said his fight to clear his name won’t stop with the CNN lawsuit.

“I will also be commencing actions against other media outlets who have defamed me and defrauded the public regarding the overwhelming evidence of fraud throughout the 2020 Election,” Mr. Trump said in a statement. “I will never stop fighting for the truth and for the future of our Country!”

“President Trump harbors a subjective belief that he was unfairly deprived of a second term in office,” Mr. Trusty writes. “This is particularly valid in the context of an incumbent president receiving over 74 million votes, a record number for any republican candidate in history.”