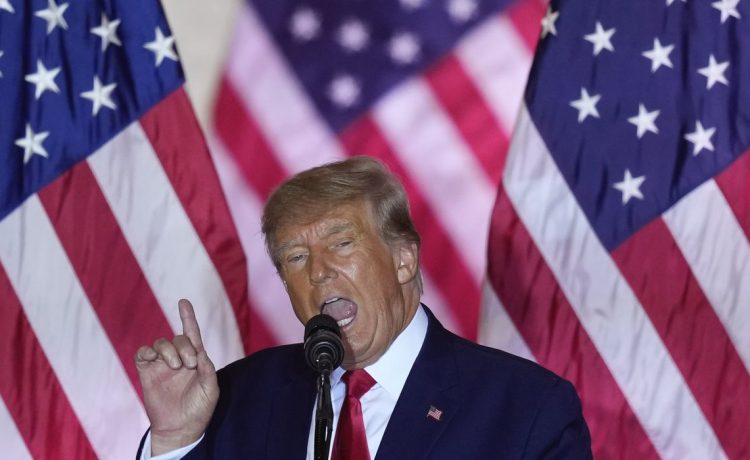 Mr. Trump a day earlier teased the “major announcement,” triggering all sorts of speculation over whether he might launch a bid for speaker of the House or announce a running mate.

Instead, the 76-year-old rolled out trading cards for “Only $99 each!” and said it is a deal “for what you are getting.”

The NFT (nonfungible token) cards feature a cartoonlike picture of Mr. Trump pumping his fist while sitting atop a blue and red elephant, and him holding a torch in front of the Statue of Liberty.

Mr. Trump, always the salesman, warned people should act fast, saying they have a chance for prizes, including playing golf with him.

“Only $99 each! Would make a great Christmas gift. Don’t Wait,” he said. “They will be gone, I believe, very quickly!

Mr. Trump announced last month he is running for the GOP nomination for president in 2024.

He added, “It is very exciting.”

Jeff Timmer, a senior advisor to the Lincoln Project, an anti-Trump group, also had fun with the rollout.