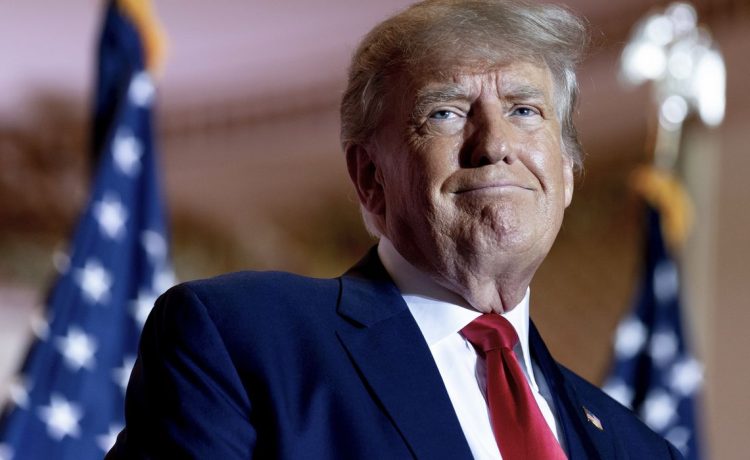 In the six years spanning 2015 to 2020, Mr. Trump’s DJT Holdings, the parent company for a sprawling list of ventures including real estate developments, golf courses, and vineyards, recorded nearly $314 million in cumulative losses.

Each year the company recorded total assets north of $600 million.

Mr. Trump has gripped tightly to his image as a successful businessman and dealmaker throughout his career as a real estate mogul, reality television star, and later as a politician.

But his detractors have been quick to call his bluff, accusing him of inflating his self-image along with the value of his far-flung business ventures.

“For someone who brags about his riches, his taxes show he is a loser,” Rep. Jackie Speier, California Democrat, wrote on Twitter. “Now we understand why he didn’t want us to see his tax returns.”

The House Ways and Means Committee provided Mr. Trump’s naysayers with additional ammo on Friday with the release of his tax returns, capping a years-long fight by the former president to keep the records from public view.

The nearly 6,000 pages of filings spanning from 2015 to 2020 offer the most complete picture yet of the former real estate magnate’s finances during his time in office.

For 2020, the filings released Friday show, more than 150 of Mr. Trump’s business entities listed negative qualified business income, which the IRS defines as “the net amount of qualified items of income, gain, deduction and loss from any qualified trade or business.” In total for that tax year, combined with nearly $9 million in carryforward loss from previous years, Mr. Trump’s qualified losses amounted to more than $58 million for the final year of his term in office.

Mr. Trump pushed back on the committee’s release, warning that doing so set a vicious precedent that could have a drastic impact on politics going forward.

“The Democrats should have never done it, the Supreme Court should have never approved it, and it’s going to lead to horrible things for so many people,” Mr. Trump said in a statement Friday. “The radical, left Democrats have weaponized everything, but remember, that is a dangerous two-way street!”

He said the returns “once again show how proudly successful I have been and how I have been able to use depreciation and various other tax deductions as an incentive for creating thousands of jobs and magnificent structures and enterprises.”

“The Democrats illegally releasing President Trump’s personal tax records is a new low in the biggest political persecution of any President in history,” Rep. Marjorie Taylor Greene, Georgia Republican, wrote on Twitter. “Everyone gets to see how successful Pres Trump is & that he always followed the IRS rules.”

Mr. Trump has touted his wealth in annual statements used to secure loans and to justify his standing among the world’s billionaires.

The committee’s release of the filings coincides with New York Attorney General Letitia James’ lawsuit alleging Mr. Trump inflated the value of his business holdings in financial disclosures as part of a multi-year fraud.

Mr. Trump’s accounting firm has dismissed accusations that he inflated his wealth and Mr. Trump has denied any wrongdoing.

The New York Times published a series in 2018 based on leaked tax records that showed Mr. Trump received the present-day equivalent of at least $413 million from his father’s real estate holdings. The newspaper said much of that was passed through “tax dodges” in the 1990s.

A report released by the Joint Committee on Taxation raised multiple red flags stemming from Mr. Trump’s filings, including carryover losses, questionable charitable donations and loans to his children that the committee said could be considered taxable gifts.

Mr. Trump, who has announced his candidacy for the 2024 presidential election, called the committee’s release a continuation of a Democrat-led “witch hunt” to keep him from running for office.

He said in a pre-recorded video statement included in a fundraising email sent minutes after the committee released the returns that the “extremely complex” filings reveal nothing more than his successful run in business, adding that his time in office came at great sacrifice financially.

“Sadly and pathetically, for the past six years, the radical Democrats and the fake news media have been trying to deceive the public about these simple facts,” Mr. Trump said. “Now in an outrageous abuse of power, the radical Democrat Congress illegally obtained and leaked my personal tax returns, which show only that I’ve had tremendous success. The seizure of confidential records was completely unconstitutional. There is no legitimate legislative purpose for their action.”