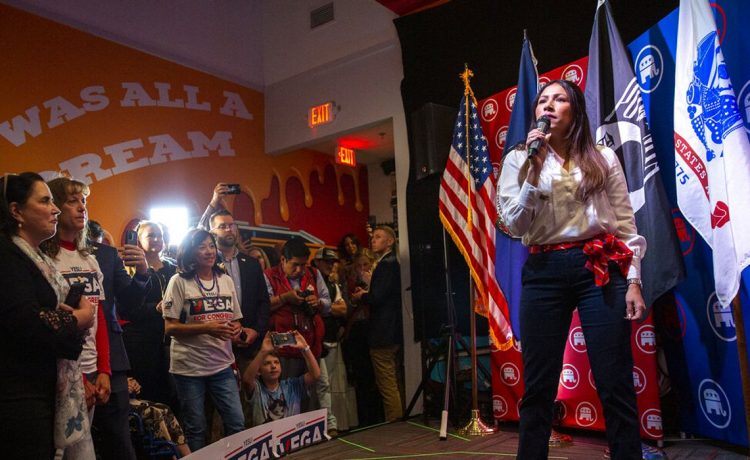 Ms. Gabbard, who recently announced her departure from the Democratic Party, joined Ms. Vega at a get-out-the-vote rally less than three weeks out until Election Day where the candidate will face Democratic Rep. Abigail Spanberger.

“There’s a reason why Russian propaganda and state-run media loves Tulsi Gabbard: she’s a fraud. And astonishingly, Yesli Vega’s loyalties lie with this Putin sympathizer and a anti-LGBTQ extremist,” a tweet from the party read.

Ms. Gabbard has been stumping for Republicans across the country, criticizing Democrats for promoting endless wars and “woke” ideology.

“Any time the Democratic party leaders see someone who challenges their narrative, questions the policies they’re putting forward, rather than just saying ‘you know what, I disagree with her and here are the reasons why,’ instead, they take those tactics of smear, destroy, cancel, use Big Tech to censor because they don’t stand for freedom,” Ms. Gabbard said on “The Megyn Kelly Show.”

She will also appear alongside Republican Tudor Dixon in Michigan, who is challenging Democratic Gov. Gretchen Whitmer in her bid for reelection.