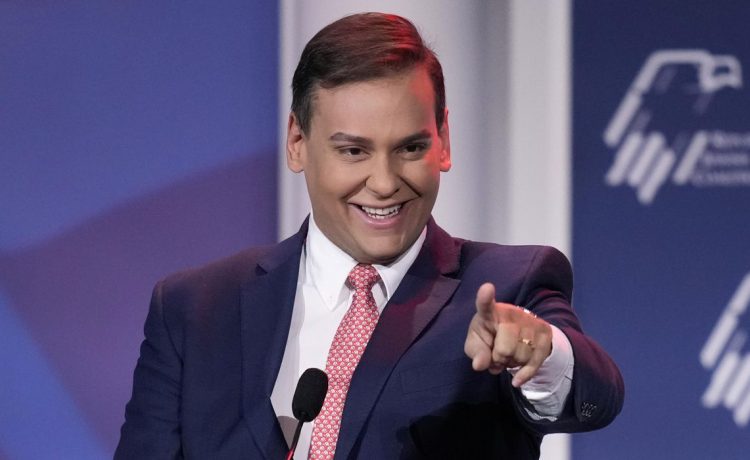 Rep.-elect George Santos attempted to defend his fabricated resume in a TV appearance but host Tulsi Gabbard tore into him and asked: “Do you have no shame?”

Ms. Gabbard, a fill-in host Tuesday on the Fox News Channel’s “Tucker Carlson Tonight,” grilled the newly elected New York Republican over lies he has now admitted telling about his life story when campaigning for Congress this year.

“If I were one of those in New York’s 3rd District right now, now that the election is over, and I’m finding out all of these lies that you’ve told, not just one little lie or one little embellishment — these are blatant lies — my question is, do you have no shame?” said Ms. Gabbard, who is an ex-congresswoman from Hawaii and former Democratic presidential candidate.

“Do you have no shame? And the people who are now, you’re asking to trust you to go and be their voice for them, their families and their kids in Washington?”

Mr. Santos responded, “Tulsi, I can say the same thing about the Democrats and the Party. Look at Joe Biden. Joe Biden has been lying to the American people for 40 years. He’s the president of the United States. Democrats resoundingly support him. Do they have no shame?”

Ms. Gabbard cut in, saying, “This isn’t about the Democrat. This is about your relationship with the people who have entrusted you to go and fight for them.”

Mr. Santos, 34, admitted to embellishing his finance career credentials and lying about graduating from Baruch College and later New York University when he never graduated from college.

He also attempted to explain his claims of having a Jewish background. Mr. Santos, who is Catholic, said he was “Jew-ish” not Jewish.

Questions emerged about Mr. Santos’ claims after he won the race for New York’s 3rd Congressional District on Long Island. He came clean this week about the misrepresentations.

Ms. Gabbard pressed him about his religious background. “I think one of the questions that really hits home to a lot of people is, are you Jewish?”

“My heritage is Jewish. I’ve always identified as Jew-ish. I was raised as a practicing Catholic. I think I’ve gone through this even not being raised a practicing Jew,” Mr. Santos said. “I’ve always joked with friends and circles, even within the campaign.”

He added, “Everybody wants to nitpick at me. I’m going to reassure this to you once and for all: I’m not a facade.”

Ms. Gabbard noted to Mr. Santos that while he apologized and admitted mistakes, he did not seem to take what he did seriously. She cited his higher learning and financial services fabrications.

“It calls into question how your constituents or the American people can believe anything that you may say, when you’re standing on the floor of the House of Representatives, supposedly fighting for them,” she said. “That’s the real issue here.”

Mr. Santos replied, “I agree with what you’re saying. And as I stated, and I continue, we can debate my resume and how I worked with firms …”

Ms. Gabbard interrupted, “Is it debatable, or is it just false?”

“No, it’s not false at all. It’s debatable. I can sit down and explain to you what you can do in private equity in capital intro via servicing limited partners and general partners,” he said. “We can have this discussion. That’s going to go way above the American people’s heads.”

“If he does not, then @GOPLeader should call for a vote to expel @Santos4Congress,” Mr. Lieu tweeted.

“I believe a full investigation by the House Ethics Committee and, if necessary, law enforcement is required,” he said in a statement.

Mr. Santos has one public supporter on social media.

Rep. Marjorie Taylor Greene, Georgia Republican, tweeted on Tuesday, saying that the “left” are the phonies.

“The left doesn’t care about lying. … I’m glad George is being honest with his district now and look forward to seeing how George legislates & votes,” she said.