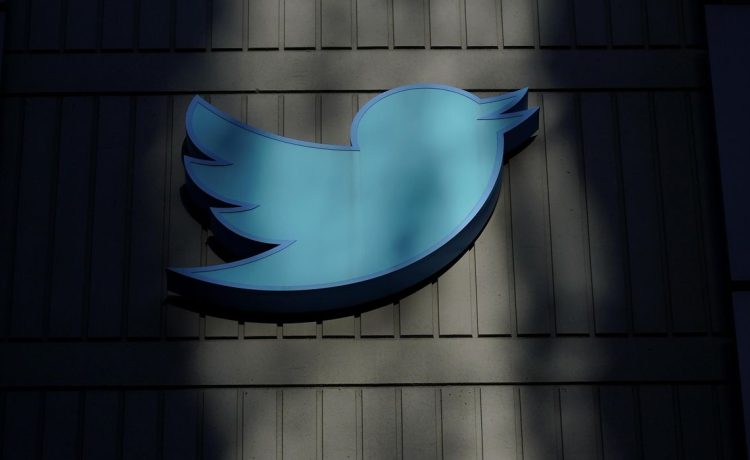 A flood of newly released internal documents reveal Twitter executives, transfixed by an anti-Trump dogma that permeated the highest reaches of the company, pushed for policy changes specifically designed to oust the sitting president from the platform in the wake of the Jan. 6, 2021, attack on the U.S. Capitol.

Adding to previous revelations of Twitter’s liberal bent that led to the censorship of conservative viewpoints and the suppression of the Hunter Biden laptop story just weeks before the 2020 presidential election, Elon Musk began disclosing further details behind the decision to permanently ban then-President Trump in an extended three-part segment of the “Twitter Files.”

“Whatever your opinion of the decision to remove Trump that day, the internal communications at Twitter between January 6th – January 8th have clear historical import,” Mr. Taibbi wrote in an extended Twitter thread Friday. “Even Twitter’s employees understood in the moment it was a landmark moment in the annals of speech.”

Executives showed little regard “for the free speech or democracy implications” of banning a world leader, Mr. Shellenberger wrote in an extensive Twitter thread on Saturday, and ignored previous company rulings that “blocking a world leader from Twitter would hide important info…[and] hamper necessary discussion around their words and actions.”

At the center of the most recent revelations is Twitter’s former head of trust and safety Yoel Roth, who pushed for more strict penalties for Mr. Trump after the president was temporarily suspended on Jan. 6, 2021.

Mr. Roth harbored a longheld opposition to Mr. Trump politically, according to Mr. Shellenberger, who added that Mr. Roth’s personal ideology factored prominently in the decision to permanently ban the president.

“In 2017, Roth tweeted that there were ‘ACTUAL NAZIS IN THE WHITE HOUSE,’” Mr. Shellenberger wrote. “In April 2022, Roth told a colleague that his goal ‘is to drive change in the world,’ which is why he decided not to become an academic.”

Mr. Roth pushed for Mr. Trump’s permanent ban despite Twitter founder Jack Dorsey’s demands that the platform “remain consistent” with its policies “including the right of users to return to Twitter after temporary suspension,” according to Mr. Shellenberger.

Pressure to ban Mr. Trump grew amid a cacophony of outrage — both internally at Twitter and externally — in the wake of the Jan. 6 attack on the Capitol.

Former first lady Michelle Obama, tech journalist Kara Swisher and the Anti-Defamation League were among those calling for the then-president to be banned from social media.

Internally, Mr. Roth, pushed back on Mr. Dorsey’s apprehension to do so.

“I think people want to hear from … someone closer to the specifics of this who can measure them that people who care about this are thinking deeply about these problems and aren’t happy with where we are,” Mr. Roth wrote in an internal chat to his colleague. “It’s so clear they just want to know that someone is doing something about this, and it’s not that we’re ignoring the issues here.”

Eventually, Mr. Dorsey caved, and allowed a “repeat offender” rule for “civic integrity.” The rule allowed for a system of five “strikes” culminating in permanent suspension.

At the time the new policy was handed down on Jan. 7, 2021, Mr. Trump had one strike remaining before being permanently banned.

“Progress!,” the anonymous employee responded. “Does this affect our approach to Trump, who I think that we publicly said had one remaining strike? Or does the incitement to violence aspect change that calculus?”

Mr. Roth responded that Mr. Trump continued to have one strike remaining.

“This is for everything else,” he said.

The next day, the platform announced Mr. Trump’s ouster, citing a “risk of further incitement of violence,” adding that the ban was based on “specifically how [Mr. Trump’s tweets] are being received and interpreted.”

Mr. Shellenberger said he found just one example of an employee raising concerns with the decision to ban Mr. Trump.

“This might be an unpopular opinion but one-off ad hoc decisions like this that don’t appear rooted in policy are [in my opinion] a slippery slope … ” wrote a junior employee in an internal “site integrity” chat room. “This now appears to be a fiat by an online platform CEO with a global presence that can gatekeep speech for the entire world … ”

Mr. Shellenberger’s analysis followed a thread by Mr. Taibbi on Friday revealing details of the FBI’s work with Twitter employees to moderate content in the lead-up to the 2020 presidential election.

Mr. Taibbi also revealed what he called an “erosion of standards within the company” in the months leading up to the Capitol riot, detailing Twitter employees’ internal debates over censoring election-related content posted by Mr. Trump.

Internal documents released in his thread described “decisions by high-ranking executives to violate their own policies, and more, against the backdrop of ongoing, documented interaction with federal agencies.”

“During this time, executives were also clearly liaising with federal enforcement and intelligence agencies about moderation of election-related content,” Mr. Taibbi wrote. “While we’re still at the start of reviewing the #TwitterFiles, we’re finding out more about these interactions every day.”

Mr. Taibbi reported during the first installment of the Twitter Files — concerning the company’s decision to censor the Hunter Biden laptop story weeks before the election — that he had uncovered no specific evidence pointing to direct communication between federal officials and Twitter employees.

In Friday’s thread, however, he unveiled evidence, including internal chat logs, pointing to “intensified relationships” between federal agencies and Twitter executives.

In one Slack exchange among Twitter employees disclosed in the latest installment, Twitter’s Mr. Roth alluded to disguising his interactions with federal officials as generic meetings on his public calendar.

“I’m a big believer in calendar transparency,” Mr. Roth wrote to his co-workers. “But I reached a certain point where my meetings became … very interesting … to people and there weren’t meeting names generic enough to cover.”

“DEFINITELY NOT meeting with the FBI I SWEAR,” he quipped.

In another internal chat, Twitter’s policy director Nick Pickles strategized with an anonymous employee on how to disguise information obtained from federal officials in external communications.

“Are you comfortable with Marketing talking about [misinformation] by saying that we detected it through [machine learning], human review and *partnerships with outside experts*?” the anonymous employee asked Mr. Pickles. “I know that’s been a slippery process, so not sure if you want our public explanation to hang our hat on that.”

“Can we just say ‘partnerships’?” Mr. Pickles responds. “Not sure how we’d describe the FBI/DHS as experts.”

Other internal messages revealed that Mr. Roth met with federal officials from the Office of the Director of National Intelligence, FBI and Department of Homeland Security as the scandal over Twitter’s censorship of the Hunter Biden laptop story unfolded in October 2020, just weeks before the presidential election.

“Weekly sync with FBI/DHS/DNI re: election security,” Mr. Roth reported to co-workers in one chat. “The meeting happened about 15 minutes after the aforementioned Hacked Materials implosion, the government declined to share anything useful when asked.”

Internal communications also revealed that the FBI reported concerns about specific posts related to the election. Twitter employees ultimately made final decisions on what actions to take, if any, given the FBI’s concerns.

In one instance, Twitter employees decided to apply a “Learn how voting is safe and secure” note to one post reported by the FBI.

Other internal chats reveal deliberations about whether to censor other posts not flagged by federal agents, many of which were authored by Mr. Trump.

Earlier Friday, Mr. Trump called on Mr. Musk to release the details about what led Twitter executives to kick him off the platform.

In a post on his social media platform, Truth Social, Mr. Trump praised Mr. Musk’s document dump as a “revelation” that proves “conclusively, in a more very powerful way, that the 2020 Presidential Election was Rigged & Stolen.”

“What everyone is REALLY waiting to see, however, is the Twitter information and thought process leading up to the time of the so-called ‘Election,’ and ultimately the “Deplatforming” of the President of the United States,” Mr. Trump wrote. “Big moment in history. Thank you!”

Mr. Trump‘s call for more information about the 2020 election and his de-platforming followed Mr. Musk’s release of his first two installments of the Twitter Files.

The first tranche of internal documents, released earlier this month, showed how Twitter executives worked to stifle the story about Hunter Biden’s laptop in the lead-up to the 2020 election.

He has also made public internal documents that showed Twitter maintained a suite of tools to silence conservative viewpoints from the platform, placing talk show hosts, activists and respected doctors on a blacklist to limit the visibility of their accounts.

The unrelenting drip of revelations confirming a long-suspected push inside Twitter to silence contrarian and, often conservative, voices has drawn backlash from across the political spectrum in Washington.

House Republicans have announced plans to summon former Twitter executives to get to the bottom of the recent revelations that have come out in the Twitter Files.

Rep. Jim Jordan, an Ohio Republican who will become chair of the House Judiciary Committee, said he intends to receive testimony from former Twitter executives and employees over the company’s blacklist of conservative accounts.

Republicans are also proposing a list of bills that would address social media censorship, including legislation that would remove liability protections for companies who censor constitutionally protected speech on their platforms.

Some Democrats have also raised alarms over Twitter’s censorship revealed in the Twitter Files.

Rep. Ro Khanna, California Democrat, told Fox News’ “Sunday Morning Futures” that the company’s decision to censor the Hunter Biden Laptop Story “offended the basic principles that our country is based on.”

He said he is open to congressional hearings into the matter.