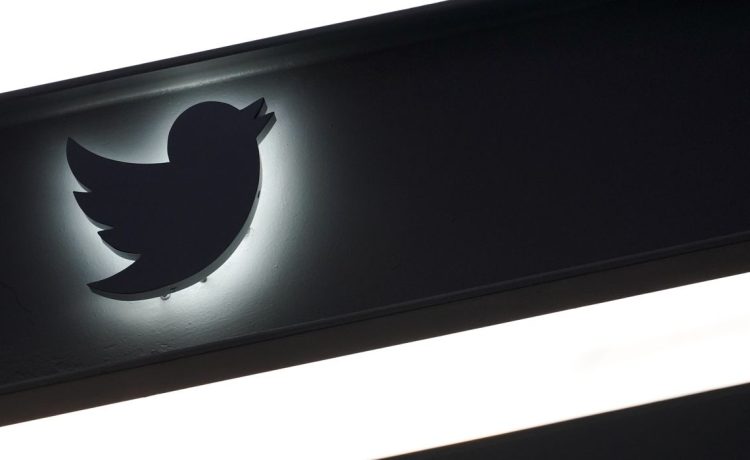 Elon Musk’s release of the “Twitter Files” detailing the company’s work with the Biden campaign in 2020 and the suppression of news reports about Hunter Biden’s embarrassing and potentially illegal conduct is drawing fresh scrutiny of the censorship alliance between Big Tech and the Democratic Party.

It has rekindled charges that political censorship by Big Tech helped President Biden win the 2020 election. It has also added fuel to House Republicans’ plans to tackle this collusion to suppress conservative viewpoints.

“Now we need to start looking at Facebook, at Google. These now have become arms of the Democratic Party, arms of the Biden administration,” House Republican leader Kevin McCarthy of California said on Fox News’s “Sunday Morning Futures.”

Mr. Musk, who recently took over Twitter, has pledged to release more documents in the coming weeks. He said the new transparency is intended to right the company’s past wrongs and increase public trust in the platform.

Mr. McCarthy said the deluge of documents Mr. Musk made public late Friday called into question the role of the dozens of current and former intelligence officials who dismissed the Hunter Biden laptop as a “Russian information operation.”

“They also used the intel community as well to lie to the American public,” he said. “Should those people keep their clearances? Should those people still be allowed to have information? If they’re going to be political individuals then no, they should not. And this is just the tip of the iceberg of what we need to investigate going forward.”

At Twitter, Mr. Musk drew back the curtain on what the company’s executives did in 2020 by linking to a lengthy Twitter thread by independent journalist Matt Taibbi. It revealed company executives plotting their course in response to a New York Post story exposing the contents of an abandoned laptop computer belonging to Mr. Biden’s son, Hunter Biden.

The Post’s report, which ran on Oct. 14, 2020, just weeks before the election, began an avalanche of embarrassing emails, photos and text messages pulled from the laptop computer about Hunter Biden’s struggles with addiction and his hugely profitable foreign business dealings that critics say smack of influence peddling.

The emails refuted earlier claims by Mr. Biden that he never spoke to his son about the overseas business deals.

In another twist, the owner of the computer shop where the laptop had been discarded by Hunter Biden turned over the computer and hard drive to the FBI.

The newspaper’s report contained embarrassing photos of Hunter Biden recovered from the laptop, including one of him passed out with a crack pipe in his mouth.

“This system wasn’t balanced,” Mr. Taibbi wrote. “It was based on contacts. Because Twitter was and is overwhelmingly staffed by people of one political orientation, there were more channels, more ways to complain, open to the left (well, Democrats) than the right.”

A post-election survey by McLaughlin & Associates, a polling firm that did work for the Trump campaign, found that 4.6% of Biden voters would have changed their minds had they known about “evidence that exists in emails, texts, eyewitness testimony and banking transactions … linking Joe Biden to a corrupt financial arrangement between a Chinese company with connections to the Chinese communist party and Hunter Biden’s business,”  much of which was exposed in the news reports about the laptop computer.

A 4.6% swing in the vote could have been enough for Mr. Trump to win by reversing the election outcomes in battleground states.

The Twitter Files revealed that a few weeks before the election, Trump spokeswoman Kayleigh McEnany was locked out of her account for tweeting about the Hunter Biden story. It prompted a furious email from Trump campaign staffer Mike Hahn, who seethed at Twitter officials, “At least pretend to care for the next 20 days.”

Meta CEO Mark Zuckerberg recently disclosed that, acting on FBI warnings on the authenticity of the laptop computer, Facebook began censoring online discussions of the story.

Twitter went to extraordinary lengths to suppress the story, labeling it “unsafe” and blocking users from sharing links to the story via direct message. However, the new revelations from Twitter point to no specific influence from government officials leading to the story’s suppression on the platform.

Twitter executives, including general counsel Vijaya Gadde, went back and forth on how to handle the story amid a deluge of criticism from users and political figures from both sides of the aisle.

“You can see the confusion in the following lengthy exchange, which ends up including Gadde and former Trust and safety chief Yoel Roth,” Mr. Taibbi wrote. “Comms official Trenton Kennedy writes, ‘I’m struggling to understand the policy basis for marking this as unsafe.’”

The deliberations spanned the highest reaches of the company but did not include Twitter’s founder and CEO Jack Dorsey. Mr. Dorsey told Congress in March 2021 that suppressing the posts was a “total mistake.”

In one email, Twitter’s former Vice President of Global Communications Brandon Borrman asked “Can we truthfully claim this is part of the policy?” Deputy General Counsel Jim Baker, a former Justice Department official who promoted Trump-Russian collusion claims and who came under criminal investigation for leaking material to the press, responded by saying that “caution is warranted.”

Rep. Ro Khanna, California Democrat, responded to the brewing controversy in October 2020, warning in an email to Ms. Gadde that the decision would create blowback on Capitol Hill.

“Generating huge backlash on hill re speech,” Mr. Khanna wrote in an email, sent on Oct. 14, the day the Post published its story. “Happy to chat if you’re up for it.”

Mr. Khanna’s view was far from unanimous within the Democratic Party, however.

He said members complained that Big Tech had “grown so big that they can’t even regulate themselves,” and warned that Twitter would face a “blood bath” in upcoming hearings.

Democrats, on the other hand, expressed in the NetChoice survey that “the First Amendment isn’t absolute,” and complained that social media companies were not moderating online discussions enough.

“The Democrats were in agreement: social media needs to moderate more because they’re corrupting democracy and making all ‘truth’ relative,” Mr. Szabo wrote.

He said Democrats complained that social media was playing into conservatives’ hands by not moderating “enough harmful content” and when they do “it becomes a story.”

“If the companies moderated more, conservatives wouldn’t even think to use social media for disinformation, misinformation or otherwise.”

The debut of the first chapter of the Twitter Files on Friday sparked a mix of backlash from Republicans and dismissal from liberal media.

Former President Donald Trump demanded a redo of the 2020 election following the release, calling it a “fraud” perpetuated by the government, Big Tech companies, and others that pushed a victory for President Biden.

“Wow! That’s a really big story about Twitter and various forms of government fraud including, specifically, election fraud. The same level of fraud took place with the other Big Tech companies, if not even worse [if that’s possible?],” Mr. Trump wrote on his social media site, TruthSocial.

He added: “We are living in a very corrupt country and as they are saying all over the Internet, ‘nothing will be done about it because the Justice Department and FBI are totally corrupt.’ But they’ll keep investigating “boxes” that were legally and openly taken from the White House.”

“Deep down, the Left no longer believes in the First Amendment,” he said. “And that’s why they want to have the FBI talking to social media platforms and changing and influencing what they put up there for the American people to read and see and comment on.”

“We all knew Big Tech conspired, censored, and spread misinformation to help Leftists win,” she said. “Facebook, Google, and the other Silicon Valley overlords also need to be exposed.”

Still, some Republicans said Mr. Trump’s assertion that the revelations warranted a redo of the 2020 election was a bridge too far.

That included Rep. Mike Turner of Ohio, who is poised to become the chairman of the House Intelligence Committee when the GOP takes control of the gavel in January.

“I, first of all, vehemently disagree with the statement that Trump has made,” he said on CBS’s “Face the Nation.” “Trump has made 1,000 statements in which I disagree.”

In a live question and answer session on Twitter on Saturday, Mr. Musk said he had also handed over the documents to Bari Weiss former New York Times Opinion editor who currently writes on Substack. He said he is also considering the public release of the documents online.

“The point is just to have everything come clean,” he said. “It’s not that people would necessarily agree with everything that Twitter has done in the past or in the future, but they should at least know that it is occurring and there’s no shady stuff that is happening that they aren’t aware of.”

The pledge, though, has ruffled feathers, especially among some who warn that unfettered Twitter posts spell doom for democracy.

Mr. Biden earlier this month lamented Mr. Musk’s Twitter takeover and accused the platform of spreading disinformation around the globe.

Mr. Musk said last month that lifting the veil on Big Tech’s suppression of the Hunter Biden laptop story just weeks before the election was crucial for restoring public trust.

Mr. Musk said in a Twitter post last week that the platform previously “interfered in elections” though he did not specifically allege interference in the 2020 presidential election.

• Ramsey Touchberry contributed to this story.