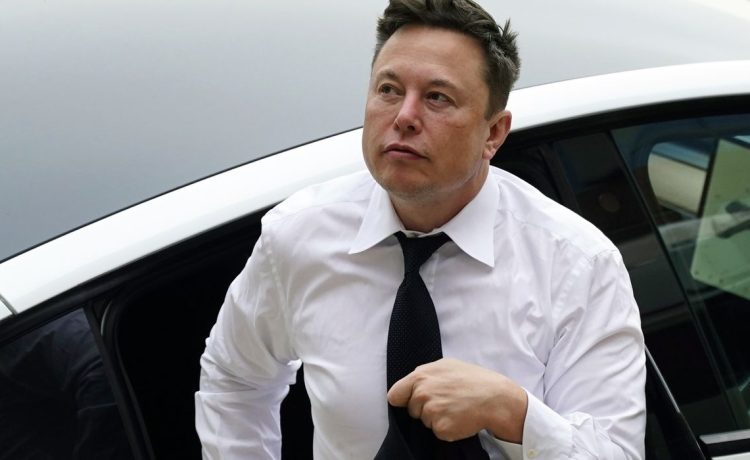 Coordination between the FBI and a top Twitter official on censoring posts included more than 150 emails with agents between January 2020 and November 2022, the latest drop of internal documents released as part of Elon Musk’s so-called “Twitter Files” has revealed.

The revelations further highlight Twitter’s extensive collaboration with government entities in moderating speech. A key contact for the FBI was Twitter’s then-head of trust and safety, Yoel Roth.

“It’s no secret the government analyzes bulk data for all sorts of purposes, everything from tracking terror suspects to making economic forecasts,” Mr. Taibbi wrote. “The #TwitterFiles show something new: agencies like the FBI and DHS regularly sending social media content to Twitter through multiple entry points, pre-flagged for moderation.”

A significant portion of the content flagged by the FBI dealt with election misinformation, including “joke tweets from low-follower accounts,” Mr. Taibbi wrote.

In multiple emails from November 2022, leading up to this year’s midterm elections, the FBI compiled a list of accounts that the agency had determined violated Twitter’s terms of service.

In one email, Elvis Chan, the assistant Special Agent in Charge of the FBI’s San Francisco Cyber Branch, identified 25 accounts determined by the agency’s National Election Command Post as having disseminated “false information about the time, place, or manner of the upcoming elections.”

“Let us know if you decide to take any actions against these accounts based on our tipper to you,” the email read. “Also let us know if we need to issue a preservation letter as we intend to serve legal process for the accounts. Thanks for your consideration.”

A Twitter employee responded with an update to the FBI, stating that it had permanently suspended seven of the accounts, temporarily suspended one account and “had Tweets bounced for civic misinformation policy violations” from nine accounts.

“Many of the above accounts were satirical in nature, nearly all… were relatively low engagement, and some were suspended, most with a generic, ‘Thanks, Twitter’ letter,” Mr. Taibbi wrote.

In the email, Ms. Cardille provides notes from a “government-industry sync” between social media platforms and federal officials.

During the meeting, Ms. Cardille said she “explicitly asked if there were any impediments with the ability of the government to share classified information or other relevant information with industry.”

“FBI was adamant that no impediments to information sharing exists,” she wrote.

Other details about these meetings have trickled out amid the steady drip of Twitter Files releases.

During those meetings, Twitter executives were alerted to rumors that Hunter Biden would be the target of a “hack and leak operation,” a warning which, in part, led social media platforms to suppress the New York Post’s October 2020 story exposing emails found on Hunter Biden’s now-infamous laptop computer. The emails refuted President Biden’s claims that he didn’t know about and wasn’t involved in his son’s overseas ventures.

The FBI took possession of the laptop in December 2019, 10 months before the newspaper published materials from the computer, raising questions as to whether the bureau sought to discredit materials they had already authenticated.

Former FBI officials told The Washington Times that the agents involved in the meetings with social media companies might not have been aware that the bureau had obtained the laptop. They also said the agents would likely have been severely limited in the details they could provide if the laptop were the subject of a pending investigation.

One of those “products” was a bulletin highlighting “Russian malign influence Use of Permissive Social Media Platforms.”

“The ubiquity of the 2016 Russian interference story as stated pretext for building out the censorship machine can’t be overstated,” Mr. Taibbi wrote. “It’s analogous to how 9/11 inspired the expansion of the security state.”

Another “product” pertaining to the rising “Domestic Violent Extremist Threat” addressed “information gaps and challenges with the individual nature of radicalization” that required increased partnership between law enforcement and “private sector partners” to mitigate.

“We judge these partnerships would improve our ability to detect changes in the [Domestic Violent Extremist] trends and provide early warning of potential attacks,” the bulletin read.

Federal and state officials also had access to back-channel tools to flag content for Twitter employees to take action. In one email to Mr. Roth, Mr. Chan of the FBI references a tool called Teleporter used by the FBI to send reports to Twitter.

Another back channel called the Partner Support Portal was created by the Center for Internet Security, a DHS partner organization, for state governments to flag content, Mr. Taibbi wrote.

“The takeaway: what most people think of as the ‘deep state’ is really a tangled collaboration of state agencies, private contractors, and (sometimes state-funded) NGOs,” Mr. Taibbi wrote. “The lines become so blurred as to be meaningless.”

Friday’s revelations add to previous Twitter Files showing the platform’s left-wing bent that led to the censorship of conservative viewpoints, the suppression of the Hunter Biden laptop story just weeks before the 2020 presidential election, and the chaotic decision to permanently ban then-President Trump in the wake of the Jan. 6, 2021 attack on the U.S. Capitol.

Previous installments have also revealed the extent to which the platform worked with the Biden campaign and federal agencies to moderate speech, setting off a firestorm on Capitol Hill.

Republicans on the House Oversight Committee on Wednesday sent letters to Twitter owner Elon Musk and Meta CEO Mark Zuckerberg requesting documents and communications from the platform to assist in an ongoing probe “to uncover any unconstitutional actions by government officials or agents working on their behalf.”

Republicans on the House Judiciary Committee are also demanding several Big Tech companies hand over documents as the panel expands its probe into the Biden administration’s attempts to curtail online freedom of speech.

In letters Wednesday to CEOs from Apple, Amazon, Google parent Alphabet, Facebook parent Meta and Microsoft, Rep. Jim Jordan, Ohio Republican and the incoming chairman of the committee, accused the companies of being an arm of the Biden administration’s “woke speech police.”

“Big Tech is out to get conservatives, and is increasingly willing to undermine First Amendment values by complying with the Biden administration’s directives that suppress freedom of speech online,” Mr. Jordan wrote. “This approach undermines fundamental American principles and allows powerful government actors to silence political opponents and stifle opposing viewpoints.”