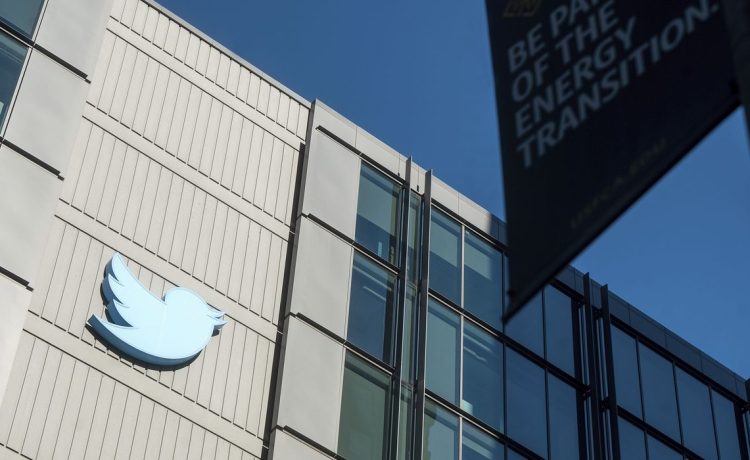 A top Twitter lawyer who supported censoring the bombshell story about the incriminating contents of Hunter Biden’s discarded laptop computer in the weeks before the presidential election also helped to set in motion the FBI’s investigation into now-debunked allegations that President Trump colluded with Russia to win the 2016 presidential election.

James Baker, who served as Twitter’s deputy general counsel and vice president beginning in June 2020, spent four years prior to that serving as the top lawyer for the FBI. It was in that post in 2016 that he linked up his friend, lawyer and Democratic operative Michael Sussmann, with top FBI investigators and Mr. Sussmann passed along allegations that then-presidential candidate Donald Trump was in contact with a Russian bank.

In both instances, critics say, Mr. Trump was damaged politically by the false information.

Mr. Baker, who is also a former CNN analyst who provided commentary about Mr. Trump and defended the Trump-Russia probe, did not immediately respond to an interview request left at Harvard Law School, where he serves as a guest lecturer.

Mr. Baker, whose departure from Twitter was never publicly announced, is described as a “former” employee of the social media giant in an eye-popping Twitter thread last week facilitated by new owner Elon Musk and posted by independent journalist Matt Taibbi.

Mr. Taibbi published internal emails provided to him by Mr. Musk that showed Twitter executives debating whether to block the New York Post’s story on Oct. 14, 2021, about Hunter Biden’s discarded computer laptop. The Post report outlined the trove of damning information in the laptop, including allegations about an influence-peddling scheme involving Joe Biden, who was then the Democratic nominee for president.

Twitter staff blocked the story, labeling it “unsafe,” and prevented users from sharing links to the story via direct message. Twitter also temporarily suspended the account of the New York Post, one of the most popular news sites in the world, in response to the paper’s initial tweeting of the laptop story.

The move to censor the story took place two weeks before the presidential election, and Twitter executives were responding to the demands of the Biden campaign team, who contacted them through back channels.

Twitter executives acted after consulting with their legal team, including  Mr. Baker, who came to the social media giant following his stint as FBI general counsel from 2014-2018.

In an undated email exchange with Twitter executives, Mr. Baker backed the move to censor the Hunter Biden laptop story.

“I support the conclusion that we need more facts to assess whether the materials were hacked,” Mr. Baker wrote. “At this stage, however, it is reasonable for us to assume that they may have been, and caution is warranted.”

Mr. Baker, in the email, said Twitter needed more information to determine whether to run the story, adding that “there are some facts that indicate that materials may have been hacked.”

The bombshell story was blocked from appearing on Twitter and other social media platforms, including Facebook, even though the FBI at the time was in possession of Hunter Biden’s laptop and had launched an investigation into his alleged tax violations.

Mr. Baker’s involvement in the censorship decision at Twitter follows his role as a key facilitator of the FBI’s much-criticized probe into whether Mr. Trump was coordinating with Russian officials ahead of the 2016 presidential election.

That investigation ramped up in the fall of 2016 after Mr. Baker provided a critical link between FBI investigators and Mr. Sussmann, who was peddling now-debunked, damning information in order to create an “October surprise” against Mr. Trump on behalf of Democratic candidate Hillary Clinton.

Mr. Sussmann was acquitted in May of charges that he lied to the FBI by hiding his political motives for providing the Russian bank information to the government. But the yearslong FBI probe hobbled Mr. Trump’s entire term in office and even led to claims he was a Russian agent.

A month before the 2020 election, Mr. Chan organized weekly meetings with Twitter and other Big Tech companies, including Facebook, to warn them about a “hack and leak” operation, according to his testimony in a lawsuit filed by Republican officials in Louisiana and Missouri.

According to Twitter’s former head of site integrity, Yoel Roth, the warnings from the FBI specified that the leaked hacked material would involve Hunter Biden.

Four years earlier, Mr. Chan worked with Mr. Sussmann and other Justice Department officials to create a narrative, never proven, that leaked sensitive emails from top DNC officials were the result of a Kremlin-based hacking operation, according to the American Greatness website.

“The Russia-gate investigation really showed that the FBI is a political actor,” Mr. Denton said. “When one of those top lawyers heads over to Silicon Valley, he appears really to be doing the bidding of the FBI.”

Mr. Baker’s employment status at Twitter is unclear. Mr. Taibbi described him as a “former” deputy counsel in his Twitter thread, but he was not mentioned when Mr. Musk fired Chief Legal Officer Vijaya Gadde in October, and he does not note his departure on his Twitter account. In an April tweet, Mr. Musk said Mr. Baker’s connection to the FBI’s Russia collusion investigation and Mr. Sussmann “sounds pretty bad.”

Mr. Musk, meanwhile, has vowed to release more emails from Twitter executives that relate to the suppression of conservative material on the platform. House Republicans, who are weeks away from reclaiming the majority, have vowed to launch an investigation.

House GOP lawmakers on the Oversight Committee contacted Twitter months ago and ordered the company to preserve all documents and communications with the Biden campaign and the Democratic National Committee in relation to the censored laptop story.

“Oversight Committee Republicans have a message to all Twitter employees who are responsible for censoring the New York Post’s reporting about the Biden family’s influence peddling: we will see you next Congress,” Rep. James Comer, Kentucky Republican who will chair the committee, told The Washington Times. “I will soon send invitations to Twitter employees Vijaya Gadde, Yoel Roth, and James Baker to appear before the House Oversight Committee at a public hearing next Congress. Americans deserve answers about Twitter’s attack on the First Amendment.”