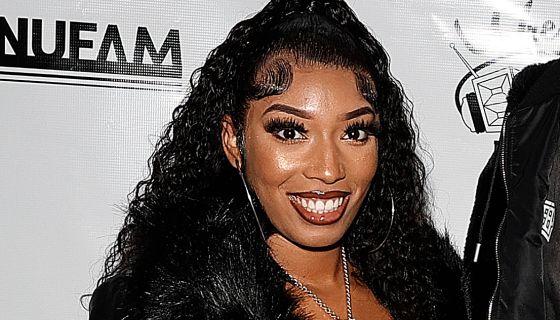 Kelsey… you in danger, girl??

Kelsey better never get on any app and talk shit ever again with her scary ass. pic.twitter.com/KjvINrnIC5

Social media is ABLAZE over baffling courtroom shenanigans from Megan Thee Stallion‘s ex-BFF Kelsey Nicole Harris who was supposed to be a key prosecution witness before switching up and requesting immunity in a shocking plot twist no one saw coming.

Kelsey’s 5th plea didn’t affect her testimony because DA gave her immunity to testify. But it all struck me as unnecessary, and given the trash “coverage” of this trial, any talk of pleading the 5th and getting immunity is going to cause a shit storm of malicious speculation.

Seriously, what is happening??

As Kelsey Harris’ testimony began, she invoked her Fifth Amendment right as DA Kathy Ta asked if Tory threatened to shoot her. Ta then mentioned an interview with Kelsey from September where she indeed claimed that Tory threatened her.

According to Variety, she was unresponsive to questions about the night during the first 40 minutes of her testimony. Harris claimed her memory of the night and the alleged assault was “blurry” due to drinking.

She also contradicted Megan’s claims they didn’t leave and return to Kylie Jenner’s house. Harris claimed they left without Tory but returned to the house because Meg forgot her slippers, reports Variety.

Meg reportedly went in for her slippers and returned with Tory claiming that Kylie told them to leave. Once the trio was in the SUV is when the argument exploded according to Harris.

“I don’t know what’s going on,” she said. “He’s just saying that they had a relationship, they were having a relationship. An argument ensues and just continues. Me and her are arguing about her disloyalty.”

Harris did not confirm seeing Lanez shoot the gun despite previously stating that she did in a September interview with prosecutors. She also claimed accusations that she shot Megan were “ridiculous.”

ET Online reports that at one point Harris brought up the accusations that Tory offered her $1 million in hush money.

When asked if Lanez offered her $1 million to stay quiet, Harris said she “assumes” the money was about the shooting but Lanez never said explicitly what it was for, reports the outlet.

“I guess if that is what you want to call it,” she responded when asked if Lanez’s alleged offers to fund a future business and pay for her attorneys were in exchange for Harris keeping silent.

But Harris noted that she doesn’t want any connection or correlation to Lanez and rejected his alleged offers for money, saying that she told him “I don’t need you to do anything for me.”

Hours later, Megan’s lawyer released a statement confirming his belief that Kelsey has been compromised as a witness.

Doubling down on those claims, the prosecution requested that her entire September 2022 interview be played for the jury in the latest twist of the twisty-turny trial.

What was your reaction to Kelsey pleading the 5th in court? Do you think she’s been compromised as a witness? Tell us down below and peep the Twitter hysteria over her baffling courtroom shenanigans on the flip.