Twitter Reacts To Nicki Minaj Getting Re-Snubbed By Grammys 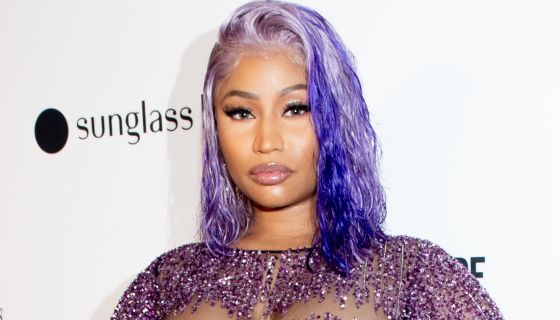 #NickiMinaj: “I don’t want to be in a pop category.”#Grammys: “How about none?”pic.twitter.com/IP8urozYXh

Twitter is ablaze over Nicki Minaj’s latest Grammys SNUB which comes after her messy Twitterfuffle with Latto that popped off when the self-proclaimed Queen took issue with the Recording Academy moving her track “Super Freaky Girl” (that ended up not even being nominated) from the Rap to Pop category.

The Grammys still mad about this? It’s been 10 years Lmao nicki really struck a nerve with this performance pic.twitter.com/p2SG6fcFzN

According to Onika, if her track is to be considered “Pop” then Latto’s song “Big Energy” should be moved to that category as well. The rapper, 39, took to Twitter to express her displeasure with the move before the entire ordeal kicked off.

“I have no prob being moved out the RAP category as long as we r ALL being treated FAIRLY,” Minaj tweeted late Thursday. “If SFG (‘Super Freaky Girl’) has 2B moved out RAP then so does Big Energy!” she added, referring to Latto’s hit song. “ANY1 who says diff is simply a Nicki hater or a troll.”

I have no prob being moved out the RAP category as long as we r ALL being treated FAIRLY. If SFG has 2B moved out RAP then so does Big Energy! ANY1 who says diff is simply a Nicki hater or a troll. I’d actually LUV 2 c a more street record win- male OR female! IJS rightIsRight 🫡

But that was only the beginning of her hissy fit that moved to Instagram Live where she claimed there’s a “concerted effort to give newer artists things that they really don’t deserve over people who have been deserving for many years.”

“I always say this; any rapper, female or male, that wins a Grammy, you should be f****ng proud of yourself. But why is the goalpost only ever moved when it’s Nicki? Well, I’ll tell you why. They don’t want the people that they have in the industry to go up against me.”

“If ‘Super Freaky Girl’ is pop, then so is ‘Big Energy’,” said Minaj. “If you move ‘Super Freaky Girl’ out of rap and put it in pop, do the same with ‘Big Energy.’ Right? Same producers on both songs, by the way, if you want to talk about it. So let’s keep s*** fair,” she added noting that white members of the Recording Academy wouldn’t vote for her over pop artists like Adele and Harry Styles.

“Damn I can’t win for losing…all these awards/noms I can’t even celebrate.”

Nicki picked up the shade and things spiraled out of control from there with Minaj posting a text from Latto (whom she dubbed “Scratch Off” and a “Karen”) where Latto agreed that the Academy shouldn’t have moved “Super Freaky Girl” to the Pop category but added that “because of where we left off ion think u need to bring my name/song up.”

Things spiraled out of control further and ended with Latto dubbing Nicki a “Super Freaky Grandma” while social media ate up the beef.

(You can check out the rest of the loooooooooong mess HERE)

EntyWAYS. Everybody go listen to one of the realest!!!! 💪🏾 https://t.co/yYLHHTkS0g

I’ll die on this hill by myself! Everybody ain’t lying on you! We see the pattern! BFFR!

Fast-forward to yesterday where Latto nabbed two Grammy nominations for Best Melodic Rap Performance (‘Big Energy’) and Best New Artist in a major moment for the Atlanta rapper that we’re sure left Nicki seething in a pink panic room.

At this point, we’re just waiting for Nicki’s 27-tweet response to receiving 0 nods in a big year for female rappers like GloRilla and Latto who received their first noms.

Do you think Nicki is being treated unfairly by the Grammys? Tell us down below and peep the Twitter hysteria over her latest Grammys snub on the flip.