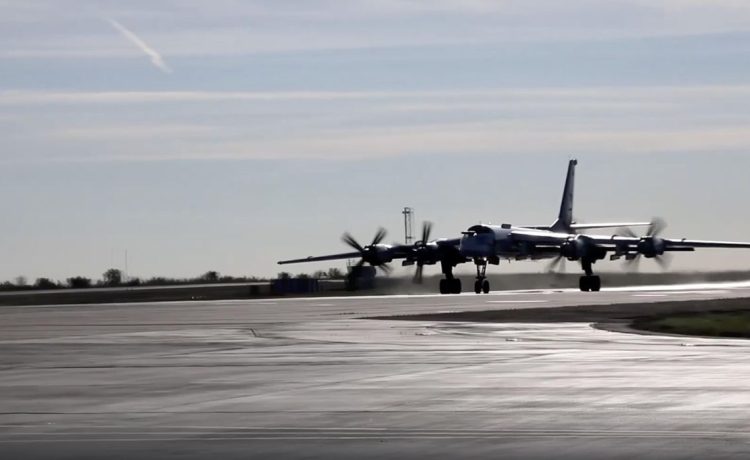 Two major explosions were reported deep inside Russia at military bases housing nuclear-capable bombers, according to local media reports Monday that said at least three people were killed in the blasts.

The explosions took place at installations hundreds of miles from the Ukraine border and involved bases that the Russian military has used for launching attacks against Ukraine.

Two Russian Tu-95 long-range strategic nuclear bombers were damaged by a drone that fell on the runway at the Engels airfield in western Russia’s Saratov region, according to The Moscow Times, which cited a local news channel report relying on unnamed sources.

The Russian Defense Ministry did not immediately comment on or confirm the reporting, which said two Russian soldiers were among those killed.

Engels airfield serves as a base for Tu-95 and Tu-160 nuclear-capable strategic bombers and is located roughly 300 miles from the Ukrainian border, The Moscow Times reported.

The newspaper noted that satellite images published last week showed around two dozen Tu-95s and Tu-160s parked at Engels, which media outlets said were part of Russia’s preparations for massive airstrikes on Ukraine.