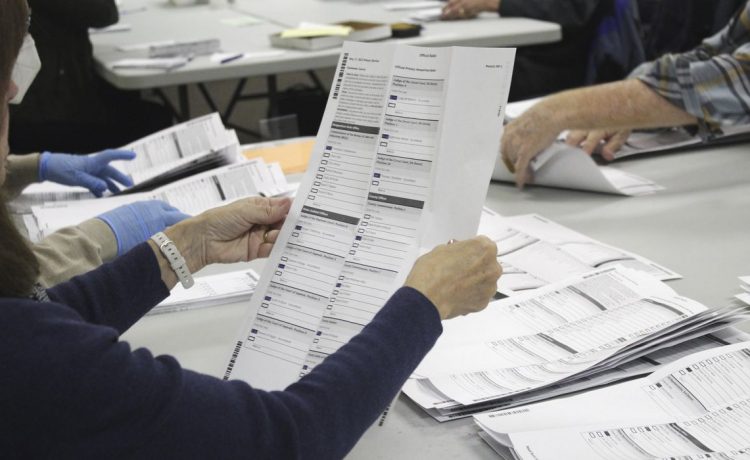 Secession will be on the ballot in two Oregon counties in the Nov. 8 elections when voters will either accept or reject joining the Greater Idaho initiative.

The movement aims to facilitate the transfer of 15 full counties and two partial counties in eastern Oregon, two-thirds of Oregon’s total land mass, into neighboring Idaho. It’s an area that is overwhelmingly conservative, while the state’s politics are dominated by the liberal cities of Portland, Eugene and Bend in western Oregon.

“It makes more sense for Eastern Oregonians to get state-level governance coming from Idaho, where they share their values, share their culture, share their politics, than it does to be governed by Western Oregon,” Greater Idaho spokesperson Matt McCaw told Fox News.

The two voting counties in the upcoming election are Morrow and Wheeler.

If the initiative passes in Morrow, county commissioners would be required to “meet three times per year to discuss how to promote the interests of Morrow County in any negotiations regarding the relocation of the Oregon-Idaho state border.”

The Wheeler initiative has simpler wording. If it passes, officials would be obligated to use taxpayer money to “work towards moving the Idaho state border to include Wheeler County, Oregon.” it However, even if voters in all seventeen involved counties approved the Greater Idaho measure, it would not be able to go through without the assent of the Idaho legislature, the Oregon legislature, and the U.S. Congress.

With nine counties already on board and Wheeler and Morrow set to vote, Mr. McCaw is urging the legislatures to start working on the details.

“We’re going to keep trying to get as many of those counties as possible to get on the ballot. But it’s time for the legislature to pick up the ball and start this discussion,” Mr. McCaw said.