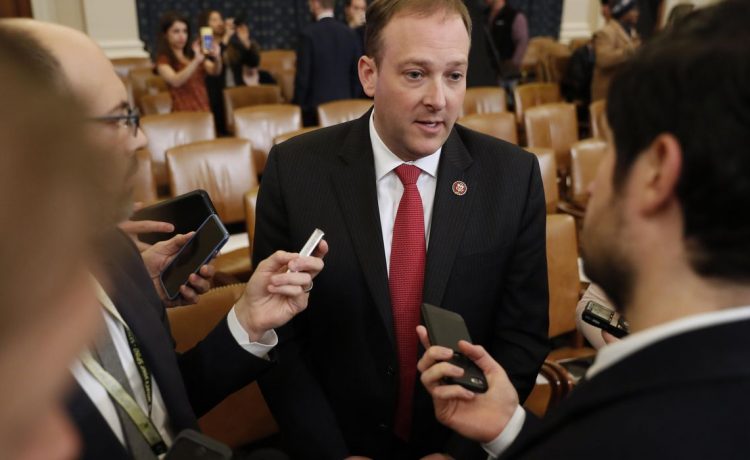 According to Mr. Zeldin, his two 16-year-old twin daughters were at home doing homework during the incident while he and his wife were returning from the Bronx Columbus Day Parade in Morris Park.

“After my daughters heard the gunshots and the screaming, they ran upstairs, locked themselves in the bathroom and immediately called 911. They acted very swiftly and smartly every step of the way,” Mr. Zeldin said in a statement.

He said the two individuals who were shot have been transported to area hospitals. Their identities are currently unknown.

“Law enforcement is currently at our house. My entire family is at home working with the investigators and providing the security footage from our home cameras,” Mr Zeldin said.

“My daughters are shaken, but OK. Like so many New Yorkers, crime has literally made its way to our front door. My family is grateful to all who have reached out and we will provide another update when we can.”

This is the second time Mr. Zeldin has personally been impacted by crime or violence during the campaign.

In July, at an event in Fairport, an attendee attacked him on stage with a pointed weapon.

The New York Republican is running for governor on a law-and-order platform and has criticized Gov. Kathy Hochul, a Democrat, over New York’s bail changes that have made it harder to keep accused criminals behind bars while awaiting trials.

Mr. Zeldin has represented the state’s 1st Congressional District since 2015 and served in the state’s assembly prior to his time on Capitol Hill.