Two tough years with Biden ahead 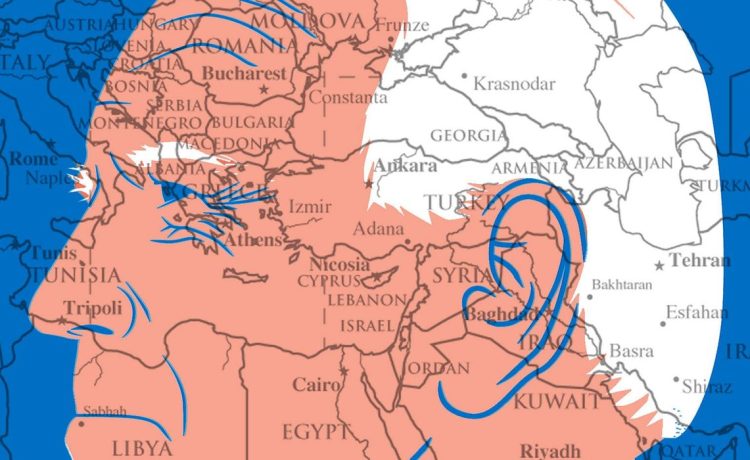 In 2014, former Defense Secretary Robert Gates said that then-Vice President Joe Biden had been wrong on nearly every issue of foreign policy and national security for four decades. Since then, Mr. Biden’s record has not improved. America faces another two rough years because lessons will not have been learned, nor will corners be turned.

It takes little imagination to see problems coming In the Middle East, China and Europe.

President Biden’s August trip to Saudi Arabia failed to mend fences after his campaign promise to treat that nation as a “pariah.” The Saudis, never more than a transactional ally of the United States, see us in the context of Iran’s existential threat to them and Mr. Biden’s attempt to strangle U.S. energy production, which resulted in him begging the Saudis to increase oil production.

In October, after the Saudis joined OPEC+ in refusing to increase the flow of oil, Mr. Biden’s spokesmen said that we were reevaluating our relationship with the Saudis. But they have already devalued their relationship with us and have begun to realign themselves with Russia (a member of OPEC+) and oil-hungry China.

Earlier last month, during a visit to Riyadh by Chinese President Xi Jinping, the Saudis signed a “strategic partnership” agreement and some 34 trade agreements with China that cut across oil, “cloud computing,” and mutual investments in both nations, including some Chinese “Belt and Road Initiative” financing of projects in Saudi Arabia.

The Saudi realignment with both China and Russia will make them far less reliable as a source of energy. Mr. Biden is powerless to affect their realignment.

Another serious problem for Mr. Biden will be incoming Israeli Prime Minister Benjamin Netanyahu’s new government. Messrs. Biden and Netanyahu are not enemies, but each has a strong dislike for the other. The new government will be the most right-wing government ever for the Jewish state, which is highly dependent on the U.S. for military and funding assistance.

Israel, like the Saudis, sees an existential threat from Iran. Mr. Biden’s obsessive pursuit of a renewed nuclear weapons deal with Iran distanced him from both nations. If Mr. Biden renounced those talks (which he said recently were “dead”), he could recoup some of America’s lost influence. But he won’t.

Mr. Biden, as this column has pointed out, has done nothing to strengthen the Abraham Accords between Israel and several Arab states that were engineered by then-President Donald Trump. Worse still, he has undercut them by resuming calls for an independent Palestinian state carved out of Israel. Mr. Netanyahu — one of the most vocal past critics of the 2015 deal with Iran — won’t be able to find much room for agreement with Mr. Biden. Disagreement between them will worsen over the Israeli settlement of the West Bank.

There is considerable likelihood that the generally liberal U.S. Jewish community would side with Mr. Biden if he proposes to reduce our aid to Israel. That would weaken Israel and embolden Iran. His actions in the Pacific will not be wiser.

Mr. Biden has said four times that America would defend Taiwan, and his Cabinet members and staff have walked back his statement each time. As this column pointed out a few weeks ago, China is preparing for a war with the United States by, among other actions, deploying missile, laser and computer systems to deny us the use of the hundreds of satellites that give us tremendous strategic and tactical advantages against in any peer-to-peer conflict. But Mr. Biden is oblivious to that threat.

Navy officials have told Congress that China will have the capability of successfully attacking Taiwan by 2027. That action will almost certainly be taken sooner and before Mr. Biden is out of office. Japan and Australia, both critical allies, have said they would join us in defending Taiwan. No one knows whether the U.S. will fight China to preserve Taiwanese independence.

The outcomes we should expect at home will be just as bad.

Mr. Biden’s “yes men” in the Pentagon have gone too far in injecting wokeness into our military forces. These so-called military leaders, including the Joint Chiefs of Staff, are content to focus on the use of proper pronouns instead of military readiness. We are in no way prepared to fight China.

Mr. Biden’s open southern border has admitted about 5 million illegal aliens since he took office. They are entering the U.S. now at a rate of about 8,000 per day. That rate will increase when the Title 42 COVID-related restrictions end. This is a national security emergency that Mr. Biden intends to worsen.

There is no end in sight to the Russian war to conquer Ukraine. Mr. Biden has, in his only good foreign policy decision, helped Ukraine sustain its resistance against Russian forces. But most of our European allies have been stingy in their support for Ukraine.

Mr. Biden will continue to project weakness and confusion for the next two years. Our major adversaries are waiting to see how they can exploit the opportunities Mr. Biden will present them.

• Jed Babbin is a national security and foreign affairs columnist for The Washington Times and contributing editor for The American Spectator.