The Great Days > Entertainment > Two Up, Two Down! Pharrell’s ‘Something In The Water’ Festival Returning To Virginia Beach In 2023
Entertainment

Two Up, Two Down! Pharrell’s ‘Something In The Water’ Festival Returning To Virginia Beach In 2023 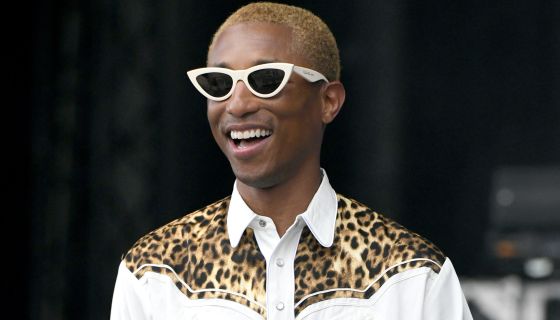 ‘Something In The Water’ is returning to the 757!

Pharrell is making waves with his announcement that acclaimed music and art festival ‘Something In The Water‘ is returning to his hometown of Virginia Beach from April 28-April 30, 2023.

“The demand for the festival in Virginia Beach and The 757 – among the people – has never wavered. If anything it has only intensified,” said Williams while speaking at his Mighty Dream Forum.

“College Beach Weekend continues every year and the city of Virginia Beach leaders have been eager to reconcile and move forward. The environment is finally optimized for return and the announcement will delight everyone–from HBCU students across the eastern USA to the hundreds of small businesses who will play a role in the festival to the cities within the region and neighborhoods that will serve as hosts.

I need to come back home. There is a pervasive feeling by almost everyone that the festival belongs in Virginia Beach, and the time is right to bring it back.”

“It is exciting to be so close to the return of ‘Something In The Water’ in Virginia Beach,” said Mayor Bobby Dyer. “We sincerely appreciate Mr. Williams and his willingness to bring this marquee event back home!”

Full line up and details to be announced soon with 3-Day passes going on sale here on November 5 at 12 pm ET.

Virginia residents will be able to purchase passes for April 28-30 at a special in-person “Locals Only” presale from 10 am to 5 pm at the Veterans United Home Loans Amphitheater at Virginia Beach Box Office.

Passes can be purchased in-person at the box office with a government-issued ID while supplies last. Fees are waived for the in-person purchase with a two (2) pass limit per person.