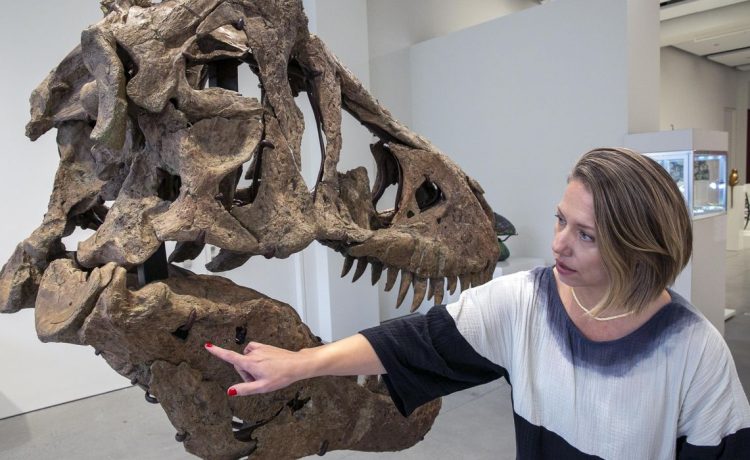 A Tyrannosaurus skull, unearthed in South Dakota and nicknamed “Maximus,” sold for $6.1 million at Sotheby’s Friday, a significant shortfall from its $15-20 million estimate.

The disappointment for Sotheby’s could indicate a broader cooling of the market for fossil specimens.

In late November, Christie’s withdrew a Tyrannosaurus rex specimen nicknamed “Shen” after it was revealed parts of the piece were cast replicas of pieces from “Stan”, which is slated to be displayed at a natural history museum in Dubai.

While use of casts is necessary for most display skeletons due to the fragmentary nature of many fossils, it can often be unclear exactly how much of an auction piece is replicated and how much is authentic fossilized bone.

Sotheby’s noted in the lot description for Maximus that it has “30 bones (of an approximate total of 39), with additional cast elements, as well as 29 teeth represented in various states of completeness.”

Furthermore, Maximus was the most complete specimen available for private sale at 75% complete, with other specimens belonging to museums and other institutions. The Maximus sale was also the “very first time a stand-alone Tyrannosaurus rex skull has ever been offered at public auction,” according to Sotheby’s.

The skull is scientifically significant as well, because it allows researchers to distinguish a Tyrannosaurus rex from other related species.

“This is something that I would want to study in my research if I could. We always hope that it will be bought by an institution or an individual who will donate to one,” North Carolina Museum of Natural Sciences paleontologist James Napoli told the Times.