The Great Days > News > U.K. spy chief says China’s tech aims are a ‘threat to us all’
News

U.K. spy chief says China’s tech aims are a ‘threat to us all’ 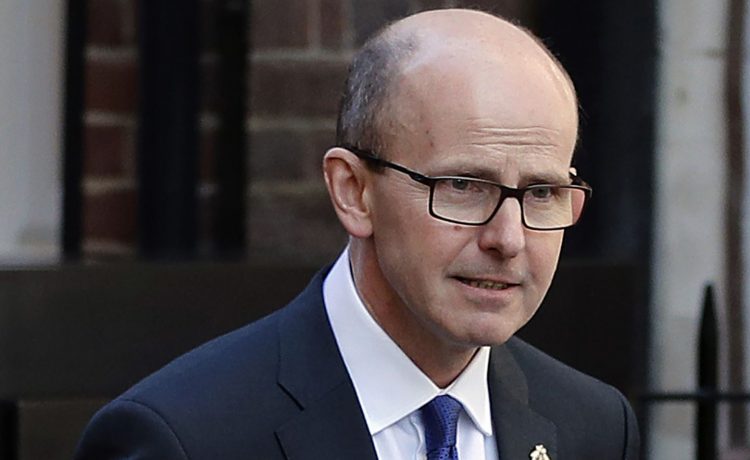 LONDON (AP) — The head of Britain’s cyber-intelligence agency is accusing China of using its economic and technological clout to clamp down at home and exert control abroad, saying Beijing’s aggressive stance is driven by fear and poses “a huge threat to us all.”

Jeremy Fleming, director of GCHQ, says Beijing’s Communist authorities are seeking to “shape the global tech ecosystem,” using technologies such as digital currencies and satellite systems to control China’s population and increase its influence around the world.

In a rare public speech later Tuesday to the Royal United Services Institute think tank, Fleming plans to say that the one-party system in Beijing seeks to control China’s population and sees other countries “as either potential adversaries or potential client states, to be threatened, bribed or coerced.”

He will say that “underlying that belief is a sense of fear.”

“And we’re seeing that fear play out through the manipulation of the technological ecosystems which underpin our everyday lives – from monitoring its own citizens and restricting free speech to influencing financial systems and new domains,” Fleming will say, according to extracts of the speech released in advance.

British spies have given increasingly negative assessments of Beijing’s influence and intentions. Last year the head of the MI6 overseas intelligence agency, Richard Moore, called China one of the biggest threats to Britain and its allies.

Fleming will warn that China is seeking to fragment the infrastructure of the internet to exert greater control. He will also say China is seeking to use digital currencies used by central banks to snoop on users’ transactions and as a way of avoiding future international sanctions of the sort imposed on Russia over its invasion of Ukraine.

Fleming also argues that China’s BeiDou satellite system — an alternative to the widely used GPS navigation technology — could contain “a powerful anti-satellite capability, with a doctrine of denying other nations access to space in the event of a conflict.”

GCHQ said Fleming will warn that the world is approaching a “sliding doors moment in history” — a reference to the 1998 Gwyneth Paltrow film in which a woman’s fate hinges on a seemingly trivial moment.

The U.S. has banned Chinese tech firm Huawei as a security risk, and in 2020, then-British Prime Minister Boris Johnson ordered Huawei to be stripped out of the U.K.’s 5G telecoms network by 2027.

Fleming will also address the war in Ukraine, saying Russia is running short of weapons and Ukraine’s “courageous action on the battlefield and in cyberspace is turning the tide.”

“Russia’s forces are exhausted,” he will say. “The use of prisoners to reinforce, and now the mobilization of tens of thousands of inexperienced conscripts, speaks of a desperate situation.”

GCHQ, formally known as the Government Communications Headquarters, is one of Britain’s three main intelligence agencies, alongside MI5 and MI6. It did not disclose the sources of its intelligence on China and Russia.