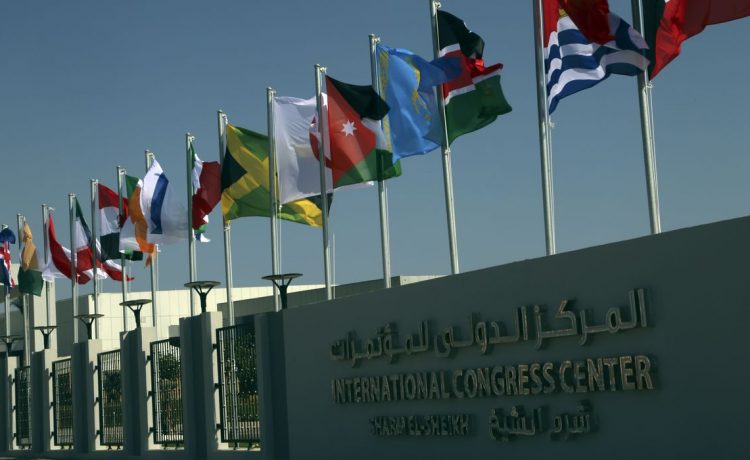 The annual United Nations climate conference that kicked off this week produced dire warnings from world leaders that the planet will soon be in peril if people don’t start taking climate change more seriously.

White House climate czar Al Gore and U.N. Secretary-General António Guterres served up some of the most alarmist rhetoric among dignitaries who addressed the Conference of the Parties or COP27 summit in Sharm el-Sheik, Egypt.

“Our planet is fast approaching tipping points that will make climate chaos irreversible. We are on a highway to climate hell with our foot still on the accelerator,” Mr. Guterres said. “It is the defining issue of our age. It is the central challenge of our century. It is unacceptable, outrageous and self-defeating to put it on the back burner.”

Mr. Gore accused global leaders of suffering from a “credibility problem” because countries are “talking and we’re starting to act, but we’re not doing enough.” He urged for leaders to “choose life over death” by ending the use of fossil fuels.

The conference runs through Nov. 18 and will include a visit by President Biden later this week. Mr. Biden prompted fierce condemnation from Republicans and the energy industry after vowing “no more drilling” at a campaign event Monday night for New York Gov. Kathy Hochul.

Rep. John Curtis of Utah, who is leading the House Republican delegation to COP27, said the “gloom and doom” language on climate change from Democrats and world leaders is “part of the problem” in trying to address the issue.

“Democrats just spent hundreds of billions of dollars, and instead of going over to COP and saying, ‘Look at the progress we’ve made,’ they’re shouting from the rooftops doom and gloom,” Mr. Curtis, who chairs the Conservative Climate Caucus, told The Washington Times.