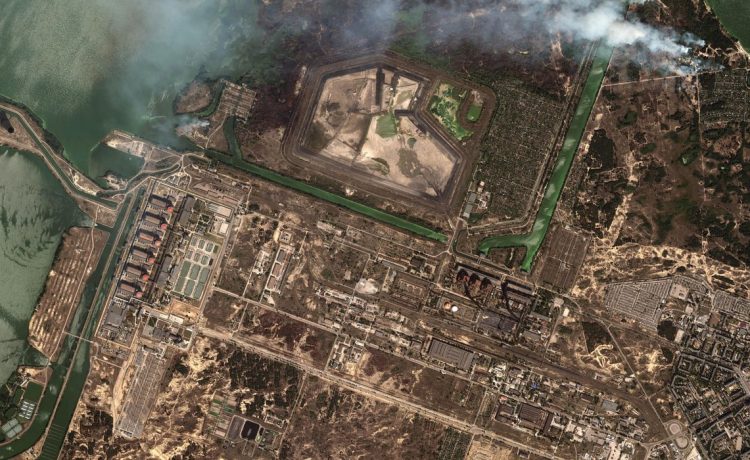 The International Atomic Energy Agency, the U.N.’s atomic watchdog, is sending a team of technical experts to Ukraine to inspect a nuclear facility controlled by Russian forces since March even as its Ukrainian staff continues the day-to-day operations there. Military operations in the region have raised the fears of a meltdown or other catastrophe at the largest nuclear power plant in Europe.

On Monday, the IAEA said its team should be arriving at the Zaporizhia nuclear power plant later this week.

“We must protect the safety and security of Ukraine’s and Europe’s biggest nuclear facility,” IAEA Director General Rafael Mariano Grossi told reporters at the agency’s headquarters in Vienna.

“All safety systems remain operational and there [has] been no increase in radiation levels,” agency officials said in a statement.

Pentagon officials on Monday said Russian military forces are firing artillery from the vicinity of the Zaporizhia nuclear facility and storing military equipment inside the plant. A senior military official acknowledged that Ukraine appears to be returning fire against the invading forces.

“The Ukrainians are very aware of the potential impact of striking a nuclear power plant. They’re going out of their way not to do that,” the senior military official said.

The U.S. believes the best option would be a controlled shutdown of the atomic reactors at Zaporizhia, a senior Defense Department official said.

The Ukrainians “are doing the best they can under very trying circumstances,” the Defense Department official told Pentagon reporters. “The Russians have been pressuring them and harassing them. We really need the IAEA to be granted access.”