U.S. braces for winter blast from Washington state to Northeast 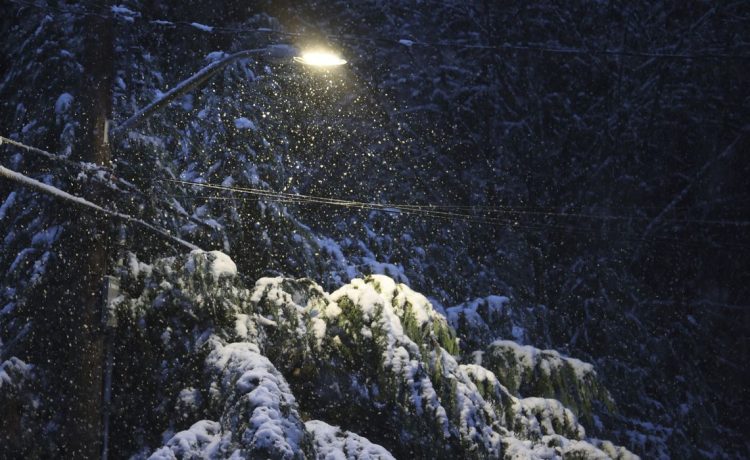 These are the terms the National Weather Service used Wednesday to describe a trifecta of wintry hazards caused by a storm that is sweeping from the Pacific Northwest to the Plains and should reach the Northeast later this week.

“What better way to kick off the official start of astronomical winter than with numerous winter weather hazards impacting a majority of the nation,” the National Weather Service said Wednesday in a message from its prediction center.

The NWS said Oregon and Washington state will see freezing rain late Thursday. Meanwhile, a “very strong arctic cold front” is diving into the central and southern Plains through Friday.

“This will not be your average cold front as temperatures could drop 20 or more degrees within a few hours,” the weather service said. “This alone could create flash freeze conditions on roadways where any standing water doesn’t dry quick enough.”

Meanwhile, a low-pressure system developing near eastern Michigan will usher in low temperatures in the eastern U.S. and low-to-moderate snowfall from the Midwest to Ohio-Tennessee valleys and north mid-Atlantic, with heavier lake-effect snow around the Great Lakes.

“Wind gusts over 50 mph and falling snow will result in blizzard conditions from the northern/central Plains to the Great Lakes. Regardless of whether heavy snow is falling or not, this combination will likely create extremely dangerous travel conditions for both drivers and air travel,” the NWS said.

As if that weren’t enough, southerly winds and the new moon tide cycle could create coastal flooding from northern New Jersey and Massachusetts.

The central Appalachians could see snowfall, too, with the biggest punch around high terrain and the Blue Ridge Mountains.

NWS said the most widespread concern will be wind chills that dropped below zero and stretch from the U.S.-Canada border to Texas.

“Cold of this magnitude could lead to frostbite on exposed skin within minutes, as well as hypothermia and death if exposure is prolonged,” the weather service said.