U.S. defeats China in simulated war over Taiwan, but costs are high: Report 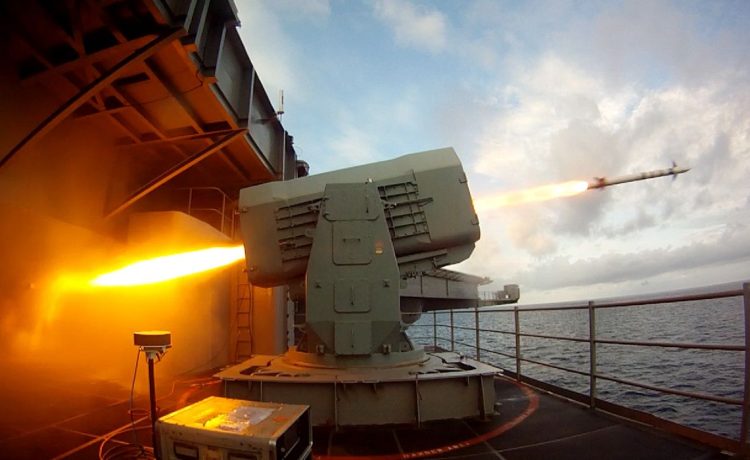 A sophisticated new study of a simulated war between China and the U.S over Taiwan reveals Chinese forces would be defeated in the conflict but with a high cost in casualties and heavy losses of U.S. and allied large ships and aircraft, according to a think tank report made public Monday.

The Center for Strategic and International Studies conducted 24 separate wargame scenarios involving an amphibious assault by China across the 100-mile Taiwan Strait, setting off a war with Taiwan, the United States and Japan. U.S. military officials say Chinese strategists see a military “window” for action against Taipei in the next few years.

“In most scenarios, the United States/Taiwan/Japan defeated a conventional amphibious invasion by China and maintained an autonomous Taiwan,” the report concludes. “However, this defense came at high cost.”

The cost, even in the “optimistic scenarios,” according to the report: “The United States and Japan lose dozens of ships, hundreds of aircraft, and thousands of service members. Such losses would damage the U.S. global position for many years. While Taiwan’s military is unbroken, it is severely degraded and left to defend a damaged economy on an island without electricity and basic services.”

“China also suffers heavily,” the report noted. “Its navy is in shambles, the core of its amphibious forces is broken, and tens of thousands of soldiers are prisoners of war.”

With Chinese President Xi Jinping defining the re-taking of Taiwan a “core interest” of his government, the 165-page report states that a U.S.-China conflict over Taiwan remains “the most dangerous potential flashpoint in bilateral relations.”

Secretary of State Antony Blinken warned several months ago that China appears to be speeding up its timetable for action against Taiwan, which Beijing regards as a breakaway province despite the island having a separate government for more than 70 years. U.S. military commanders also have warned that a Chinese military operation against Taiwan could take place before the end of the decade.

Adm. Philip S. Davidson, who stepped down as head of the U.S. Indo-Pacific Command in April 2021, told Congress a Chinese invasion of Taiwan was possible in the next six years.

The U.S. military frequently conducts simulated war games against China. The results of the exercises are kept secret to avoid alerting China to U.S. military weaknesses and vulnerabilities, but analysts and game organizers have said in the past that China is often victorious in the simulated conflicts.

The CSIS report said it conducted the war games and made the results public to enhance debate on the topic. CSIS simulators said they tried to cast a wider lens to describe the multinational conflict that is most likely to occur.

U.S. policy toward Taiwan is rooted in the 1979 Taiwan Relations Act that calls for supporting a defense of Taipei but stops short of saying U.S. forces would intervene in a conflict.

Chinese forces since August have stepped up provocative military exercises around Taiwan, including missile firings that were part of a simulated practice for an island takeover campaign. Just over the weekend, a fleet of Chinese military jets again crossed over into Taiwan’s defensive air space in the Taiwan Strait, the latest violation of the long-respected boundary line.

Military analysts say current U.S. military forces remain focused on Army forces needed for the post 9/11 war on terrorism and not enough has been done to refocus the military toward deterring China in the Pacific theater.

To meet the challenge of China’s increasingly aggressive military, the United States needs to transform forces to boost naval and air power.

The CSIS report said conflict scenarios were developed from historical data and operations research that modeled a Chinese invasion in 2026. Simulators gathered information from the Normandy invasion in World War II, and amphibious warfare campaigns by U.S. Marines in Okinawa and the British-Argentine conflict over the Falkland Islands.

“The invasion always starts the same way: An opening bombardment destroys most of Taiwan’s navy and air force in the first hours of hostilities,” the report said. “Augmented by a powerful rocket force, the Chinese navy encircles Taiwan and interdicts any attempts to get ships and aircraft to the besieged island.”

During the invasion, tens of thousands of Chinese troops cross the 100-mile wide strait on both military amphibious craft and civilian cargo ships. Air attacks are followed using airborne troops landing behind beachheads.

A key condition for success in repulsing the Chinese attack is that Taiwan’s government and military must successfully resist and not surrender.

If Taiwan gives up before U.S. forces take part in the defense, the island would be lost to the Chinese, the report said.

Even if a Chinese attack is repulsed, the heavy losses of troops, ships, aircraft would damage American power for many years and Taiwan’s military, while surviving, would be severely degraded and left to defend a damaged economy and lost electrical power and basic services.

China’s navy would be severely weakened with tens of thousands of Chinese troops taken as prisoners of war.

“The challenges confronting China in an invasion are severe,” said Matthew Cancian, a senior researcher at the  Naval War who helped organize the wargames exercise.

China’s amphibious military operations were found to be vulnerable to U.S. and allied attack, a key to preventing a Chinese takeover, Mr. Cancian said at a panel discussion coinciding with the release of the report.

Eric Heginbotham, a research scientist at MIT and also a participant in the study, said U.S. casualties would be similar to those in World War II with around 10,000 casualties. U.S. bases on the U.S. island of Guam also would be hit by Chinese missiles and destroyed in the first hours of a war. In all but five of the war simulations, China attacked U.S. bases in Japan, Mr. Heginbotham said.

The study did not argue for or against defending Taiwan but “the potential costs of such a defense need to be part of the debate,” he said.

Also, there is no “Ukraine model” of indirect warfare where the U.S. and its allies supply the weapons and the Taiwanese do the bulk of the fighting. Supplying arms as is being done to Ukraine in its war with Russia will not work in Taiwan since China could isolate the island for weeks or even months.

“In peacetime, the United States and Taiwan must work together to provide Taiwan with the weapons it needs; in wartime, if the United States decides to defend Taiwan, U.S. forces must quickly engage in direct combat,” the report said.

Another key to defeating a Chinese invasion will be the use of American military bases in Japan as the jumping-off point for combat operations. To that end, the report urges deepening diplomatic and military relations with Japan.

The government of Japanese Prime Minister Fumio Kishida — who visits President Biden in Washington Friday for talks —  announced recently that it will adopt a new defense strategy that includes the use of offensive Tomahawk cruise missile strikes.

Another essential requirement for defeating a Chinese attack on Taiwan will be the ability to strike Chinese navy ships rapidly through large-scale salvos from longer ranges outside Chinese defense zones. To meet that requirement, the CSIS report urges increasing the arsenal of U.S. long-range anti-ship cruise missiles and bombers with long-range anti-ship missiles.

“Procuring such missiles and upgrading existing missiles with this anti-ship capability needs to be the top procurement priority,” the report said.

The wargame simulations showed the United States would win a victory but could end up suffering more in the long run than the Chinese that would be defeated.

Also, threats of high costs of a Taiwan conflict might undermine deterrence since China could attack based on the belief that the United States is unwilling to pay the cost of the war.

“The United States should therefore institute policies and programs to make winning less costly in the event of conflict,” the report said, including clarifying war plans, avoiding attacks on the Chinese mainland, and preparing for an extended war despite high casualties.

The report projected that U.S. forces in three weeks would suffer about half the casualties that resulted from 20 years of war in Iraq and Afghanistan. About 6,800 U.S. troops were killed in those two wars, along with more than 59,000 wounded.

U.S. policy should seek to convince Taiwan to shift its air and naval forces in the direction of asymmetric warfare capabilities – weapons and tactics that allow a weaker force to better confront China’s military superiority — and air bases in Japan and Guam should be hardened against Chinese missile attacks.

U.S. forces also should avoid overflying China during a future conflict as China’s integrated air defenses have been bolstered.

For weapons reforms, the U.S. military should transform forces with small, more survivable ships and better systems to deal with crippled ships and warships that will be sunk during combat. Submarine power also should be emphasized.

During the war simulations, “submarines were able to enter the Chinese defensive zone and wreak havoc with the Chinese fleet, but [the] numbers were inadequate,” the report said.

The U.S. military also needs to ramp up its hypersonic missile campaign, but with the projected high costs of the missiles there will not be enough to counter large numbers of Chinese and air and naval forces.

Bomber fleets should be given priority over fighter jets because the bombers armed with long-range missiles “presented the People’s Liberation Army with daunting challenges,” during war games, the report said.

Instead of building expensive F-35s, the military should produce large numbers of less-expensive fighters to offset the expected losses of aircraft early in a conflict, the report said.

The report said the study and recommendation do not seek to imply that a China attack on Taiwan is inevitable or probable. Instead of military options, the Chinese might conduct a non-military pressure campaign to achieve their goal of a Taiwan takeover, including diplomatic isolation, non-kinetic warfare, and economic coercion. Beijing has long used economic and other incentives to entice the small number of states that still have diplomatic relations with Taiwan.

Use of military force by China also could involve a blockade rather than invasion.

“However, the risk of invasion is real enough and potentially so destructive that analysis is worthwhile,” the report said.