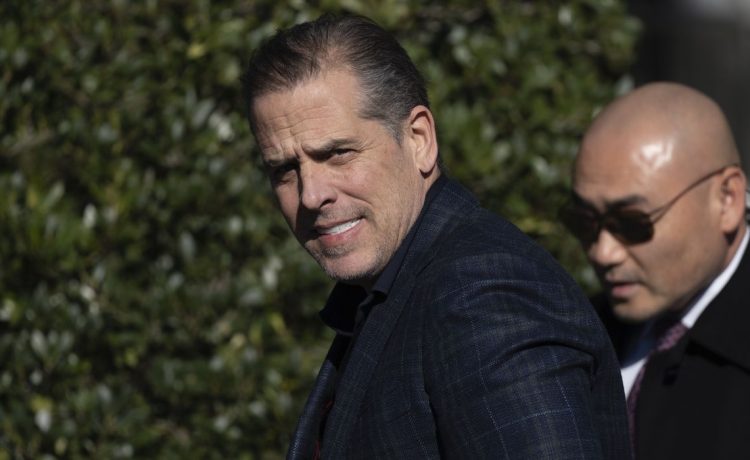 The former Twitter executive who led the team responsible for suppressing news reports about Hunter Biden’s laptop had been warned by U.S. intelligence and law enforcement officials to be on the lookout for “hack-and-leak” operations ahead of the 2020 presidential election.

Yoel Roth, Twitter’s former head of site integrity, said the warnings were issued in weekly meetings between social media companies and officials from the Office of the Director of National Intelligence, Department of Homeland Security and the FBI.

“I was told in these meetings that the intelligence community expected that individuals associated with political campaigns would be subject to hacking attacks and that material obtained through those hacking attacks would likely be disseminated over social media platforms, including Twitter,” Mr. Roth wrote in the December 2020 declaration to the Federal Elections Commission.

Mr. Roth said he also learned during meetings with federal officials, which he described as occurring regularly since 2018, of “rumors that a hack-and-leak operation would involve Hunter Biden.”

“These expectations of hack-and-leak operations were discussed throughout 2020,” he wrote.

Mr. Roth filed the declaration in response to a lawsuit against Twitter by the Tea Party Patriots Foundation, alleging that the company made an inappropriate contribution to President Biden’s campaign by removing coverage of the laptop from its platform.

Mr. Roth’s declaration aligns with Meta CEO Mark Zuckerberg’s admission this August that the FBI warned Facebook about “Russian propaganda” operations in the lead-up to the election.

“Basically, the background here is the FBI, I think, basically came to us — some folks on our team and was like, ‘Hey, just so you know, like, you should be on high alert. … We thought that there was a lot of Russian propaganda in the 2016 election,’” Mr. Zuckerberg told podcast host Joe Rogan.

“We have it on notice that, basically, there’s about to be some kind of dump of that’s similar to that. So just be vigilant,” Mr. Zuckerberg said, adding that he regretted suppressing the story.

The “Twitter Files,” unveiled in a lengthy thread by independent journalist Matt Taibbi, portrayed how Twitter went to extraordinary lengths to suppress the laptop story, labeling it “unsafe” and blocking users from sharing links to the story via direct message.

The Biden campaign branded the now-authenticated laptop as Russian disinformation in response to the Post’s reporting.

That explanation was also peddled in an open letter by more than 50 former U.S. senior intelligence officials and by social media platforms that, acting on FBI warnings on the authenticity of the laptop computer, began censoring online discussion of the laptop ahead of the 2020 presidential election.

Twitter executives decided the content should be blocked because they could not determine whether the materials on the laptop had been hacked.

The internal documents released Friday point to no specific influence from government officials leading to the story’s suppression on the platform.

But as Mr. Roth’s 2020 disclosure makes clear, Twitter’s decision may have been influenced, at least in part, by warnings conveyed by U.S. intelligence and law enforcement officials.

It has also added fuel to House Republicans’ plans to tackle collusion to suppress conservative viewpoints.

“Now we need to start looking at Facebook, at Google. These now have become arms of the Democratic Party, arms of the Biden administration,” House Republican leader Kevin McCarthy of California said on Fox News’ “Sunday Morning Futures.”

Mr. McCarthy said the deluge of documents Mr. Musk made public call into question the roles of the dozens of current and former intelligence officials who dismissed the Hunter Biden laptop as a “Russian information operation.”

“They also used the intel community as well to lie to the American public,” he said. “Should those people keep their clearances? Should those people still be allowed to have information? If they’re going to be political individuals, then no, they should not. And this is just the tip of the iceberg of what we need to investigate going forward.”