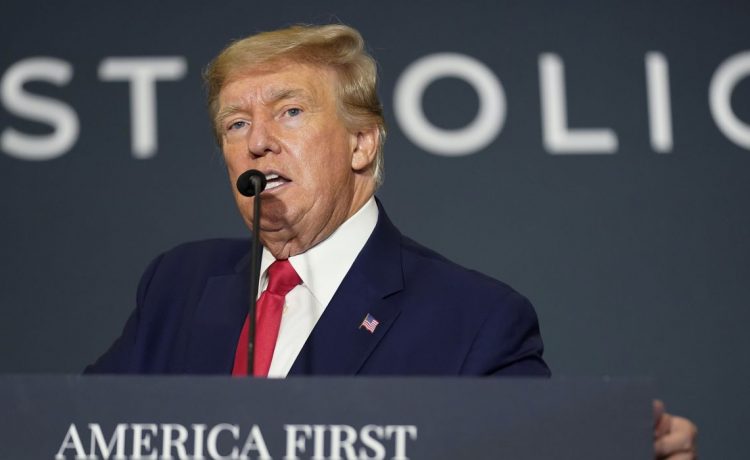 “The Department of Justice and the Office of the Director of National Intelligence are working together to facilitate a classification review of relevant materials, including those recovered during the search,” Ms. Haines wrote in a letter, first obtained by Politico.

Ms. Haines asserted that her assessment will be independent and won’t interfere with the Justice Department’s criminal investigation into the matter. Court documents indicated the agency is probing Mr. Trump on potential violations of the Espionage Act, the Presidential Records Act and obstruction of justice.

Mrs. Maloney and Mr. Schiff welcomed news of the intelligence community stepping in, encouraging a swift review done in tandem with the Justice Department’s probe.

The move signals the first step the Biden administration has taken that engages with Congress, regarding the investigation of the president.

It comes just after a federal judge unsealed a redacted version of the affidavit that justified the Justice Department’s reason for obtaining a search warrant to raid Mar-a-Lago.

According to the document, Mr. Trump held several top secret documents at his residence, which included some that included the former president’s handwriting.

Mr. Schiff previously warned that unsealing the affidavit could increase threats toward officials and jeopardize the Justice Department’s investigation.

The congressman also blamed Mr. Trump’s “incendiary rhetoric” for a recent armed attack on an FBI field office in Ohio earlier this month.

Republicans, including Mr. Trump, have urged more transparency, downplaying the revelations made in the heavily redacted affidavit.

“The raid on my home, Mar-a-Lago, is one of the most egregious assaults on democracy in the history of our country which, by the way, is going to places in a very bad way, it has never seen before,” Mr. Trump wrote Saturday on his TruthSocial account.

The intelligence community’s review is expected to look at whether any unauthorized individuals had access to the documents in question.

The Senate Intelligence Committee also requested the intelligence community to conduct a damage assessment over Mr. Trump’s handling of the documents, as well as requesting the Justice Department to see the documents that were seized from Mar-a-Lago.

The request made was bipartisan, signed off by Sens. Mark Warner, Virginia Democrat who chairs the panel and Marco Rubio, Florida Republican and ranking member of the committee.