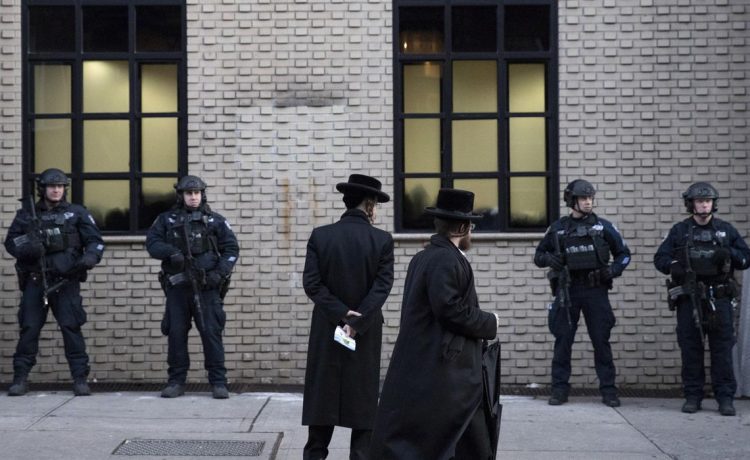 America’s synagogues have “absolutely making progress” on critical security issues four years after the nation’s worst antisemitic attack, according to one of the country’s top Jewish leaders.

The Oct. 27, 2018, fatal shooting of 11 victims and wounding of six others at the Tree of Life Synagogue in Pittsburgh has led to tighter security measures around Jewish facilities and events nationwide, but more needs to be done said Eric Fingerhut, president of the Jewish Federations of North America.

JFNA, formed in 1999 by the merger of the Council of Jewish Federations and the United Jewish Appeal, serves local Jewish community organizations with “services that build the capacity” of local groups to serve their constituencies, the organization’s website said.

Mr. Fingerhut pointed to the success of LiveSecure, a $130 million campaign launched by the group in 2021 with the goal of securing every Jewish community across North America. Initial grants have been made in San Diego; Houston; Rockland County, New York; Birmingham Alabama; and Jacksonville, Florida, he said.

“We will ensure that there is a professionally run ‘Community Security Initiative’ in every Jewish community in North America, anchored by their [local] federation and connected to the best practices and the communications networks of the Secure Community Network,” a separate nonprofit, Mr. Fingerhut told The Washington Times in a video interview.

The JFNA president, who marked his third year on the job in September, also credited the contributions of the federal Nonprofit Security Grant Program, which since 2005 has allocated $849 million in grants of up to $150,000 apiece to synagogues and other houses of worship as well as parochial day schools and other nonprofits at risk of terror attacks.

He said that while the Jewish community is “not the only sector of society that has experienced growth in violent attacks in these last few years,” he added there’s “a resurgence of antipathy to Jews, antisemitism,” that’s the worst since the anti-Jewish attacks seen in America between World War I and the Second World War.

“This is the worst that it’s been,” Mr. Fingerhut said. “I think you can see that it comes at a time of fraying political relationships [and] political polarization.”

Mr. Fingerhut said the Jewish Federations “have long been engaged” in work with “our local city councils and our chambers of commerce and our labor unions and our boards of education, and these kinds of organizations” to prevent them from falling prey “to this radicalism.”

He said, “We have to build these really deep and proactive relationships” with community groups because “the flourishing of the Jewish community in North America is related to the strength of the civil society.”

Mr. Fingerhut said he’s optimistic as JFNA leaders from across the country are expected to gather next week in Chicago for their annual convention.

“I’ve seen the extraordinary level of commitment and excellence of these organized Jewish communities,” he said. “I’m optimistic that we will continue to build flourishing communities that are healthy and safe, caring, welcoming, inclusive and educated, engaged and connected, involved in our broader community and deeply committed to Israel and Jewish people.”