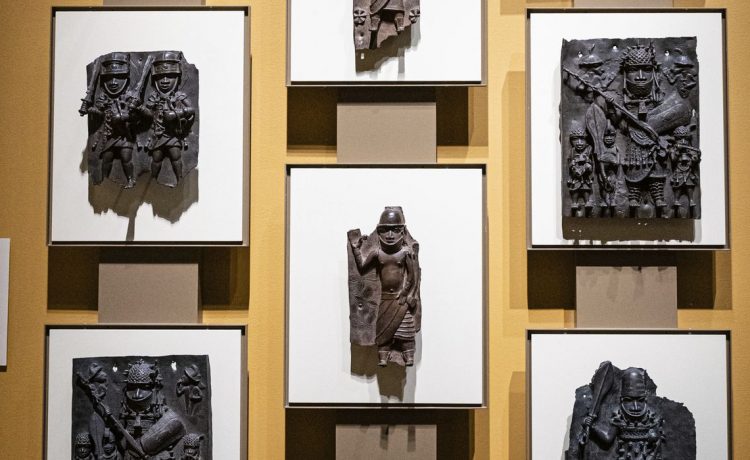 Three U.S. museums have returned 31 bronzes looted from the pre-colonial African kingdom of Benin to the Nigerian National Collections in a ceremony held at the Smithsonian Institution.

The looted artifacts were returned from three museums. The National Gallery of Art and the Rhode Island School of Design each transferred one piece, while the Smithsonian National Museum of African Art returned the remaining 29, according to the Associated Press.

“Not only was returning ownership of these magnificent artifacts to their rightful home the right thing to do, it also demonstrates how we all benefit from cultural institutions making ethical choices,” Lonnie Bunch, secretary of the Smithsonian, said Tuesday.

The Nigerian Minister of Information and Culture, Lai Mohammed, said “Nigeria is immensely gratified at the commendable decision of the Smithsonian’s National Museum of African Art, the National Gallery of Art and the Rhode Island School of Design to return these artifacts that left Africa over a century ago.”

Seven of the artworks will continue to be displayed in the Smithsonian National Museum of African Art for the next five years after a loan agreement between the museum and the Nigerian government.

“They feel that the work can also act as ambassadors not only for Nigeria but for the Royal Court of Benin into the broader world,” Ngaire Blankenberg, director of the National Museum of African Art, told the News Agency of Nigeria.

The kingdom of Benin was named for its capital city of the same name, located in what is now southern Nigeria. The title of king of Benin is still held by a traditional ruler, recognized by the Nigerian government, that descends from descended from the last ruling king

In 1897, the British conquered the city and kingdom of Benin, ending its independent existence and looting a number of artifacts, including the 31 bronzes returned to Nigeria Tuesday.