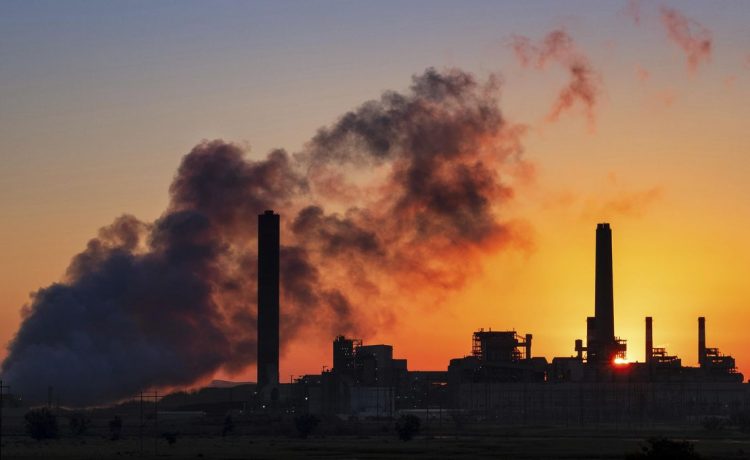 U.S. greenhouse gas industrial emissions rose during the first year of the Biden administration after declining for more than a decade, reflecting the economic rebound from the COVID-19 shutdown.

The Environmental Protection Agency released Monday the 2021 data from its Greenhouse Gas Reporting Program, which showed that emissions from large industrial sources increased by 4.1% over 2020.

The 2021 increase measured by data collected from 8,100 industrial facilities, including power plants, refineries and chemical companies, represents the biggest uptick in emissions since the program was launched in 2011.

Emissions from electricity plants rose by 6.3% from 2020 to 2021. Since 2011, however, such emissions have dropped by 28.5%, “reflecting the long-term shifts in power sector fuel-stock from coal to natural gas,” the agency said.

“Over the past eleven reporting years (2011-2021), GHGRP reported direct emissions from sectors other than oil and gas (also excluding suppliers) declined by 22.6%,” said the EPA. “This decline is primarily caused by a 29% decline in reported power plant emissions since 2011.”

The Biden administration has sought to scale back oil-and-gas leasing on federal lands and waters as part of its green-energy transition, while oil-and-gas advocates counter that natural gas production spurred by the fracking boom has driven years of U.S. emissions reductions.

U.S. power plants reported about 1.6 billion tons in carbon-dioxide emissions in 2021, roughly the same as the 1.66 billion tons reported in 2019, the year before the pandemic.

The 2020 pandemic triggered a global emissions plunge of about 2 billion tons, the steepest absolute overall decline in history, but the easing of restrictions resulted in a 2% increase in December 2020 over 2019, according to the International Energy Agency.

“In December, US emissions were approaching the level seen in the same month in 2019. This was the result of accelerating economic activity as well as the combination of higher natural gas prices and colder weather favouring an increase in coal use,” the IEA said in its March 2021 analysis.