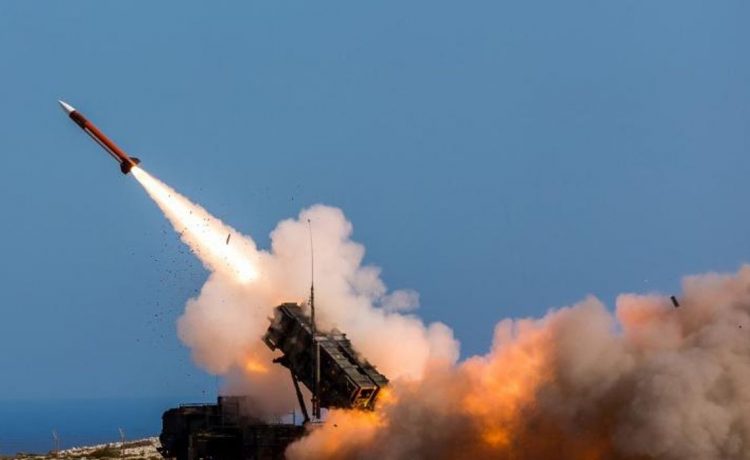 The Patriot missile system, which first gained prominence shooting down Iraqi SCUD missiles during the 1991 Persian Gulf War, could soon find itself back in battle again, taking out Russian drones and cruise missiles in the skies over Ukraine.

The Pentagon is said to be on the verge of announcing plans to send the Patriot, its most sophisticated air defense system, to Ukraine to ward off an unrelenting barrage of Russian missile and drone attacks. It would be the latest escalation in the Biden administration’s support for Kyiv as it tries to hold off Russian invading forces and will almost certainly spark anger in the Kremlin.

The need for the Patriots was on display against Wednesday when more than a dozen Iranian-made drones were fired at Ukraine’s capital, Kyiv. They were taken out of action by the country’s air defense troops, Ukrainian officials said.

“It is obvious that the Russian military feels confident only when attacking peaceful cities,” Ukraine’s defense ministry said in a Twitter post. “Today, the Ukrainian air defense took the terrorists down a peg by shooting down 13 out of 13 Shahed-136/131 drones.”

President Biden, who in the past has ruled out moves that might draw the U.S. and its NATO allies into a direct conflict with Russia, would have to sign off on the Patriot deal, which could come as early as Thursday, according to multiple media reports.

While Russian officials in Moscow said they would wait for confirmation before reacting, the Russian Embassy in Washington denounced what it called a “provocative move” which “could lead to unpredictable consequences.”

Upgrading Ukraine’s defenses with the sophisticated Patriots would cause “colossal damage not only to Russian-American relations but would create additional global security risks,” the embassy said in a statement.

Ukrainian officials have been urgently requesting a more robust air defense system to shoot down incoming Russian missiles than they have been supplied so far. On Monday, President Volodymyr Zelenskyy told Western leaders during an address to the Group of Seven industrial powers that his country urgently needed high-tech air defense systems to counter Russian aerial attacks that have knocked out electricity and other crucial utilities for millions of Ukrainians even as winter weather settles in.

“Russia still has the advantage in artillery and missiles. This is a fact,” Mr. Zelenskyy said. “Ukraine needs constant artillery support with guns and shells. We need more rocket artillery and more long-range missiles.”

Germany is one of the countries that use the Patriot system, which includes multiple sections including the fire control system, the launcher and multiple support vehicles. This week, Berlin decided to install Patriot batteries in Poland to help defend against possible Russian attacks. The decision was prompted by a stray Ukrainian defense missile targeting Russian salvos that landed across the border in Poland last month, killing two people.

“These rockets will protect the Polish skies and Polish earth,” Polish President Andrzej Duda said Monday, according to the Deutsche Welle media company.

The White House on Wednesday would not confirm reports that the Patriot missile could soon find its way into the hands of Ukrainian soldiers.

“We have been prioritizing air defense capabilities of late because that is the urgent need of the Ukrainians,” John Kirby, spokesman for the National Security Council, told reporters at the White House.

And Russia may rely more heavily on its air campaign as depleted weapons stocks make ground operations unlikely, the chief of staff for British defense forces, Admiral Tony Radakin, told a London think tank Wednesday. The admiral said the arms shortfall reflects the fact that what Russian President Vladimir Putin thought would be a lightning victory in February has become a war of attrition about to enter its tenth month.

“Let me tell Putin tonight what his own generals and ministers are probably afraid to say,” the admiral said, according to an account by the Guardian newspaper. “Russia faces a critical shortage of artillery munitions. This means that their ability to conduct successful offensive ground operations is rapidly diminishing.

With its ground attack stymied, Russia has relied on drones and missiles to attack Ukraine even as it has dug in along defensive lines in the east and south. Moscow’s new strategy has forced the U.S. and other Western countries to provide Kyiv with additional air defense systems, such as the National Advanced Surface-to-Air Missile System (NASAMS) and the InfraRed Imaging System Tail/Thrust (IRIS-T).

The White House and Pentagon officials have said that providing Ukraine with a Western-style air defense system is a priority. But some analysts say adding Ukraine to the list of countries using Patriot missiles — at least 17 so far — could ratchet up the tensions in the region.

“The Patriots will provoke a Russian reaction. it’s the U.S.’s most escalatory action to date,” Sean McFate, an adjunct professor at Syracuse University’s Maxwell School of Citizenship and Public Affairs said. “This is not like a Stinger missile from the Afghan war. They’re very sophisticated.”

Mr. McFate, a former Army officer who also serves as a senior fellow at the Atlantic Council think tank, questioned whether Ukrainian troops would be able to quickly grasp the intricate steps needed to operate the Patriot system.

“A U.S. Army soldier has 30 weeks of Patriot missile training. This is going to be done in Germany under less than ideal conditions,” he said. “These things will become huge targets for Russians [and] they’re not cheap either.”

The Kremlin said it would consider the American-made Patriot missiles legitimate military targets, which could raise the stakes for the Biden administration.

“I would refrain from comment for now, though, because these are just media reports. Nowadays, media reports are an unreliable thing,” Mr. Peskov said, according to the official Russian Tass news agency. “Let us wait for some official information.”

If the Patriot deal is approved, they will likely come from existing U.S. stocks, Mr. McFate said.

“They’ll be downgraded. Some of that is highly-classified, U.S.-only technology. Then, Raytheon and Lockheed Martin will get more contracts to replenish the stocks,” he said.

Separately, the International Atomic Energy Agency (IAEA) announced Wednesday that it will establish a permanent presence at all of Ukraine’s operating nuclear power plants as well as at Chernobyl, the site of the 1986 nuclear accident, amid continuing concerns that Russia’s invasion has put the sensitive sites at risk.

The U.N.’s nuclear watchdog agency already has staff at the nuclear plant in Zaporizhzhia, the largest in Europe, which is being operated by Ukrainian workers under Russian military control as fighting rages nearby. Under an agreement announced Tuesday between IAEA Director General Rafael Mariano Grossi and Ukraine’s Prime Minister Denys Shmyhal, the Khmelnytskyi, Rivne and South Ukraine plants also will have permanent IAEA staffing.

The move is part of a stepped-up effort to help prevent a nuclear accident during the current armed conflict, U.N. officials said.

“Our mission at the Zaporizhzhia Nuclear Power Plant (ZNPP) has shown the vital importance of the IAEA being there to monitor the situation and give technical advice,” Mr. Grossi said after the agreement was signed in Paris. “Thanks to this presence, the IAEA is providing the world with impartial, technical, and factual information about developments on the ground.”

The agency has voiced concerns for months about the lack of clarity at the Zaporizhzhia plant, while Ukrainian and Russian military officials have blamed each other for the repeated shelling near the facility.