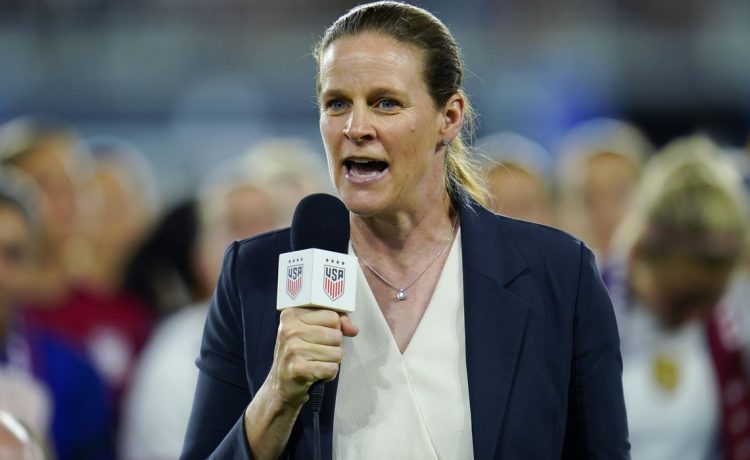 Parlow Cone was interviewed twice Friday by the television network and didn’t provide details of the new misconduct cases. She said the U.S. Center for SafeSport and other authorities have been made aware of the three new reports.

Five of 10 NWSL coaches either were fired or stepped down last season amid allegations of misconduct.

More than 200 people were interviewed by investigators looking into the allegations of harassment and sexual coercion and abuse. The NWSL, U.S. Soccer, teams and individuals provided documents. The independent investigation, run by former acting U.S. Attorney General Sally Q. Yates and the law firm King & Spaulding, focused on three former coaches: Paul Riley, with the Portland Thorns and later the North Carolina Courage, Christy Holly of Racing Louisville and Rory Dames of the Chicago Red Stars.

On Wednesday, the Portland Thorns dismissed a pair of team executives a day after owner Merritt Paulson removed himself from a decision-making role with the team. Chicago Red Stars owner Arnim Whisler also stepped back from his role, and Racing Louisville President James O’Connor apologized to fans and a former player who alleged she was sexually abused by Holly.

On Friday, England and the U.S. women’s teams played a friendly before nearly 77,000 fans at Wembley Stadium. They wore teal armbands in solidarity with sexual abuse victims and together held a banner that read “Protect the Players” just before kickoff.