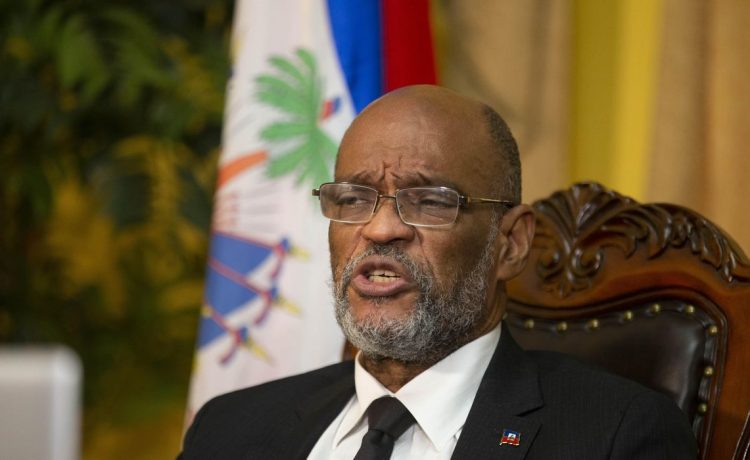 The officials spoke to reporters by telephone on condition of anonymity as a U.S. delegation was arriving in the Caribbean country that has been paralyzed by gangs and antigovernment protests and is facing severe shortages of water, fuel and other basic supplies.

The U.S. officials declined to name which Haitian officials would see their visas revoked or how many would be affected, adding only that the measure also applies to their immediate family members.

The U.S. officials also said the government is working with Mexico on a U.N. resolution proposing specific sanctions and additional measures to address the many challenges facing Haiti.

The officials declined to say how the upcoming aid would be distributed, although they noted that the U.S. Coast Guard will deploy a major cutter at the request of local officials.

They also declined to say when, how and what kind of security and humanitarian assistance will be deployed, adding only that supplies such as bleach, water jugs and oral rehydration salts will be distributed amid a recent cholera outbreak that has killed dozens of Haitians and sickened a couple hundred more.

The trip comes just days after Prime Minister Ariel Henry requested the immediate deployment of foreign troops to help with security. Gangs have blockaded a major fuel depot and protests against Henry have added to the problems.

The United Nations’ Security Council is scheduled to discuss Henry’s request later this month. In a letter sent to the council Sunday that was viewed by The Associated Press, U.N. Secretary-General António Guterres offered several options, including a rapid action force.

It was not clear whether the U.N. or individual countries or both would send troops under such a plan.

On Tuesday, State Department Spokesman Ned Price said the U.S. government was reviewing Henry’s request with international partners “to determine how we best could contribute to the removal of security constraints on medical and humanitarian measures aimed at halting the spread of cholera.”

One month has passed since one of Haiti’s most powerful gangs surrounded a key fuel terminal in the capital of Port-au-Prince, preventing the distribution of some 10 million gallons of gasoline and diesel and more than 800,000 gallons of kerosene stored on site.

In addition, protesters have blocked streets in the capital and other major cities to demand Henry’s resignation. Prices have soared since the prime minister last month announced that his administration could no longer afford to subsidize fuel.