The Great Days > News > Ukraine faces new dilemma: How far and how fast to press advantage over Russia?
News

Ukraine faces new dilemma: How far and how fast to press advantage over Russia? 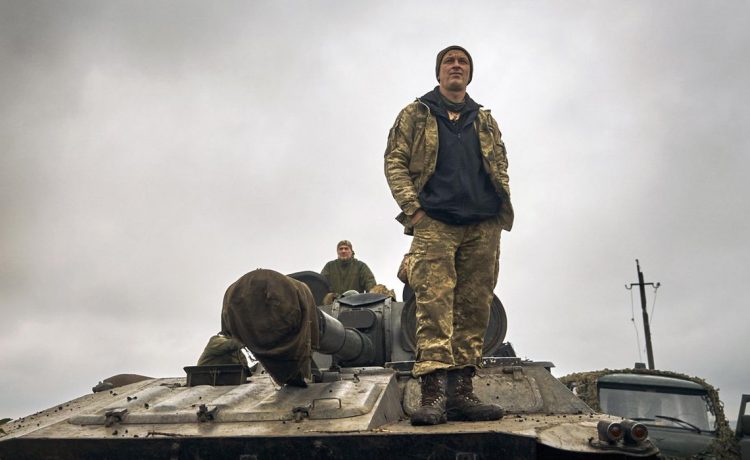 Ukraine’s stunning success on the battlefield in recent days has sparked renewed optimism in Kyiv that a lasting, decisive victory over Russia may be within reach.

But the rapid pace of the Ukrainian counteroffensive comes with its own high-stakes questions, as military analysts Tuesday openly cautioned Kyiv to tap the brakes on its attacks or risk overextending itself and giving the shell-shocked Russian army an opportunity to regain its footing.

Striking the right balance between pressing its advantage and exercising strategic restraint will be the key challenge facing Ukrainian military leaders — and their U.S. and Western military advisors — over the coming days and weeks. After months of playing defense against relentless Russian ground attacks and artillery barrages, Ukraine’s counteroffensive campaign has quickly retaken ground, including the strategically vital northeastern city of Kharkiv along with more modest gains in the south near Kherson.

Ukrainian military officials say they’ve retaken about 2,300 square miles of territory over just the past several weeks. Ukrainian troops on Tuesday took control of Vovchansk, a town just two miles from the Russian border and one controlled by Russian troops since the early days of the nearly seven-month war.

U.S. military officials confirmed that Russian troops in some instances have been pushed back across their border and were seemingly unprepared for the well-coordinated Ukrainian counterattack. The military blog Oryx, which has kept a meticulous list of weaponry gained and lost in the fighting based on open sources, is reporting that Ukraine captured or destroyed at least 151 Russian infantry fighting vehicles and 104 tanks in the last two weeks.

“If anyone was surprised … it was probably the Russians,” Air Force Brig Gen. Pat Ryder, Pentagon spokesman, told reporters at a Tuesday briefing.

Russian morale has taken a significant hit, foreign intelligence estimates suggest, and Russian President Vladimir Putin has even come under fire at home as the battlefield losses mount and questions grow about the competence of the Russian military.

With momentum clearly on their side, Ukrainian leaders insist their goal is to push Russian troops out of Ukraine entirely, including from Crimea, which Russia has controlled for nearly nine years after a forced military annexation in 2014. Ukrainian President Volodymyr Zelenskyy on Tuesday said that Russia has again resorted to indiscriminate, long-range shelling of cities such as Kharkiv because it has finally realized it cannot defeat Ukraine on the battlefield.

“This is a sign of the desperation of those who contrived this war,” Mr. Zelenskyy said. “This is how they react to the defeat of Russian forces in the Kharkiv region. They can’t do anything to our heroes on the battlefield.”

Ukrainian troops now appear poised to press forward with a major offensive in the Donbas region, arguably Moscow’s most fortified stronghold in the country. Serhiy Gaidai, Ukrainian governor of the Luhansk region, told Reuters on Tuesday that he expects a significant counterattack in the region soon.

Russia controls virtually all of the Luhansk province, which together with Donetsk make up the Donbas. Russian military commanders have said in recent days that they’re pulling troops back from Kharkiv, presumably to reinforce their defensive lines in the Donbas.

Against that backdrop, some foreign officials seem to share Kyiv’s optimism and are now talking openly about a total Ukrainian victory.

“Our aid & Ukrainian desire for freedom is literally booming but there is still more we can do,” Estonian Defense Minister Urmas Reinsalu said in a Twitter post Tuesday. “We shall not rest until [Ukraine] has won this war.”

But Ukraine still faces significant hurdles. While it has used U.S.- and NATO-supplied weapons and equipment to great effect, Ukraine is still outgunned and outmanned by the Russian military. That means that pressing forward too fast and in too many theaters at once could quickly leave the Ukrainians overextended and exposed.

“In truth, there are some elements of Ukraine’s force that can’t ‘keep up’ with the front-line fighters. That’s not an insult, it’s an understanding of the [Ukrainian] force,” retired U.S. Army Gen. Mark Hertling wrote in a series of Twitter posts Tuesday analyzing Ukraine’s current posture.

Ukrainian commanders don’t have to look far for object lessons, as Russia’s inability to install the proper operational tempo is widely believed to have been its undoing in the early weeks of the war. Russian troops, for example, pressed ahead quickly with an assault on the Ukrainian capital of Kyiv but failed to establish sustainable, well-defended supply lines, leaving them highly vulnerable to Ukrainian drone and rocket attacks. Dozens of Russian tanks and other vehicles were left stranded on the highways outside Kyiv because of Russia’s inability to get fuel to the front lines.

Russian commanders also failed to bring into Ukraine their most sophisticated electronic warfare systems that could have disabled Ukrainian drones, a mistake that military analysts say cost the Russians dearly in its early attacks.

For Ukraine, the possibility for overextension is likely greatest in the Donbas, which had been the site of years of bitter but indecisive fighting between Ukrainian troops and pro-Russian militias long before Moscow launched its Feb. 24 invasion. Not only do Russian troops and their proxies have a significant foothold there, but Moscow also has installed its own governing structure and appointed its own local officials in parts of those provinces.

Pushing all Russian elements out of the area is likely a long-term proposition, as Western military officials have repeatedly stressed that fighting in the Donbas could drag on for months or even years.

The Russian leader faces what could be an uncomfortable conversation with Chinese President Xi Jinping on the sidelines of a security conference later this week in Uzbekistan. China’s state media has backed the Kremlin rhetorically in the war, blaming Ukraine and NATO for “provoking” Russia, but Beijing has been far more wary of offering economic or military aid to Russia, a wariness only likely to increase given the losses on the ground of recent days.

The British Ministry of Defense said Tuesday that Russia’s premier 1st Guards Tank Army had been “severely degraded” during the war.

“It will likely take years for Russia to rebuild this capability,” the ministry said in a Twitter post.

There are also signs that Russian forces in the south near Kherson are gradually being pushed back by the Ukrainian advance, suggesting that Russia is suffering simultaneous defeats on multiple fronts.

Ukrainian officials claimed this week that Russian troops outside Kherson on the banks of the Dnipro River are attempting to negotiate for their surrender, and images on social media appeared to show Russian soldiers lying on the street waiting to be captured and Russian tanks abandoned as their forces hastily drew back.

“Ukrainian operations in Kharkiv Oblast are unlikely to have had such a dramatic psychological effect on Russian troops this far south, and both the withdrawal of troops from forward positions in Kyselivka and reports of surrender negotiations are indicators that Ukrainian counteroffensives in the south are progressing in a significant way, even if visibility on this axis is limited by the shift in focus to Kharkiv,” researchers with the Institute for the Study of War wrote Monday.