Ukraine says nearly all missiles shot down in Kyiv attack 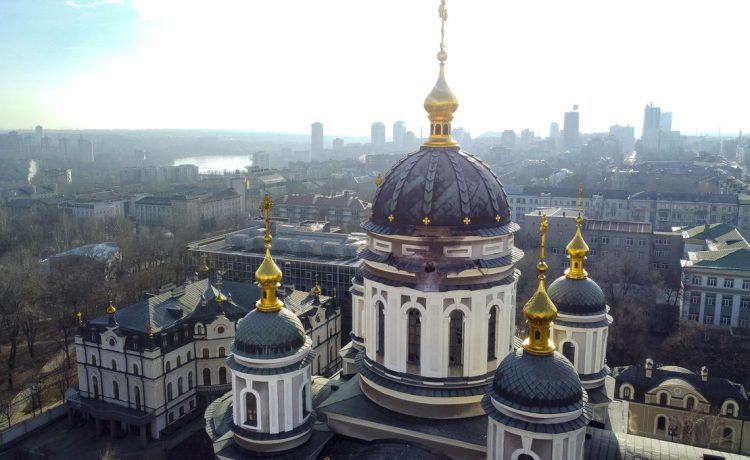 The Kyiv City Administration said 37 of “about 40” missiles were intercepted. One person was injured.

Explosions were reported in at least four cities. At least two people were killed when a residential building was hit in central Ukraine, while electricity and water services were interrupted in Kyiv and Kharkiv, the country’s second-largest city.

KYIV, Ukraine (AP) – Russian forces launched at least 60 missile strikes across Ukraine on Friday, officials said, reporting explosions in at least four cities. At least two people were killed when a residential building was hit in central Ukraine, while electricity and water services were interrupted in the two largest cities, Kyiv and Kharkiv. Thousands rushed to subway stations to seek shelter deep underground.

Thudding blasts and gunfire from air-defense systems echoed across the country as authorities on social media reported explosions and missile strikes in Kyiv, the capital, southern Kryvyi Rih, southeastern Zaporizhzhia and northeastern Kharkiv. Air raid alarms sounded across the country, warning of a new barrage of Russian strikes that have occurred intermittently since mid-October.

Ukrainian Air Force spokesman Yurii Inhat told Ukrainian TV that more than 60 missiles had been fired, but it wasn’t immediately clear how many missiles the Ukrainian army managed to intercept. Some officials reported success in downing some incoming projectiles.

Ihnat said Russian forces had fired cruise missiles from positions in the Black Sea, and used bomber aircraft as part of an effort to “massively distract the attention of the anti-aircraft defense, keeping it in tension.”

A day earlier, Russia’s Foreign Ministry warned that if the United States delivers sophisticated Patriot air defense systems to Ukraine, such systems and any crews that accompany them would also be a legitimate target for the Russian military. Washington rejected that threat.

Analysts have said Russian strikes targeting energy infrastructure have been part of a new strategy to try to freeze Ukrainians into submission after recent battlefield losses by Russian forces. Officials and experts say that has only strengthened the resolve of Ukrainians to face up to Russia’s invasion, while Moscow tries to buy time for a possible offensive in coming months after the current battlefield stalemate.

In Kryvyi Rih in central Ukraine, President Volodymyr Zelenskyy’s hometown, a Russian missile slammed into a residential building and destroyed its entrance. Two people were killed, and at least five others were injured – including two children – and rushed to hospitals, said regional Gov. Valentyn Reznichenko.

The southeastern city of Zaporizhzhia was struck by about 15 Russian missiles, regional Gov. Oleksandr Starukh said. He did not specify the exact location of the strikes, but said infrastructure had been damaged.

Kyrylo Tymoshenko, a top official in President Volodymyr Zelenskyy’s office, reported a strike on a residential building in Kryvyi Rih, warning on Telegram: “There may be people under the rubble.” Emergency services were on site, he said.

“The attack on the capital continues,” he wrote on Telegram. Subway services in the capital were suspended, he said, as city residents flocked inside its tunnels to seek shelter.

Ukrzaliznytsia, the national railway operator, said power was out in a number of stations in the eastern and central Kharkiv, Kirovohrad, Donetsk and Dnipropetrovsk regions, due to damage to the energy infrastructure. But trains continued to run by switching from electric power to steam-engine power, which had been readied as a backup.

In neighboring Moldova, the state-owned energy company Moldelectrica reported disruptions to its electricity network as a result of Russia’s strikes on Ukraine, and warned of a “high risk” of power outages.

The previous such round of massive Russian air strikes across the country took place on Dec. 5. Ukrainian authorities have reported some successes in intercepting and downing incoming missiles, rockets and armed drones.

Stephen McGrath in Sighisoara, Romania, contributed to this report.

Follow AP’s coverage of the war in Ukraine: https://apnews.com/hub/russia-ukraine