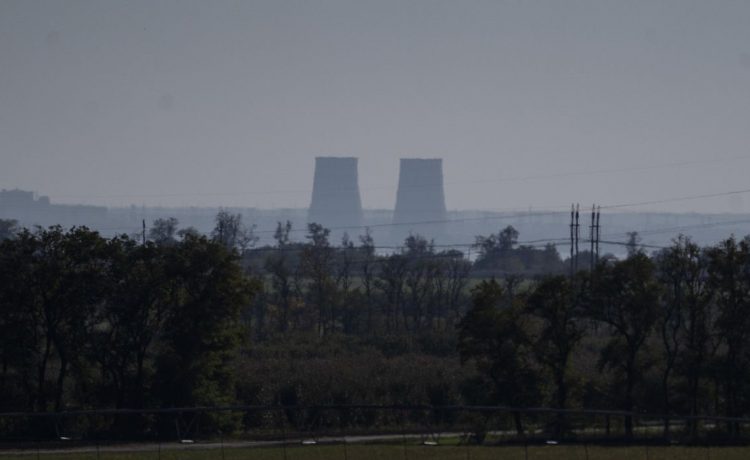 Energoatom, which operates Ukraine’s four nuclear power plants, said this week that Russian troops have carried out construction projects at Zaporizhzhia and refused to allow Ukrainian staff or observers from the U.N.’s International Atomic Energy Agency at the sites.

Energoatom officials said 174 containers of spent nuclear fuel are stored at the plant.

“The destruction of these containers as a result of detonation will lead to a radiation accident and radiation contamination of several hundred square kilometers of the surrounding area,” the agency said on the Telegram social messaging site.

“For even greater intimidation of the world, the Russians published a fake map of the danger of radiation contamination with the epicenter precisely at” Zaporizhzhia, Energoatom said on Telegram.

Moscow has claimed that Ukraine is preparing to detonate a “dirty bomb” that would combine conventional explosives with spent nuclear fuel and radioactive waste stored at Zaporizhzhia.

Pentagon officials have pushed back against the allegation, saying Ukraine isn’t constructing a dirty bomb but noting they have no proof Russia is, either.

Energoatom called on international agencies such as the IAEA to assess Moscow’s actions and statements regarding the nuclear power plant “as soon as possible” and said Russia should transfer full control back to Ukraine.