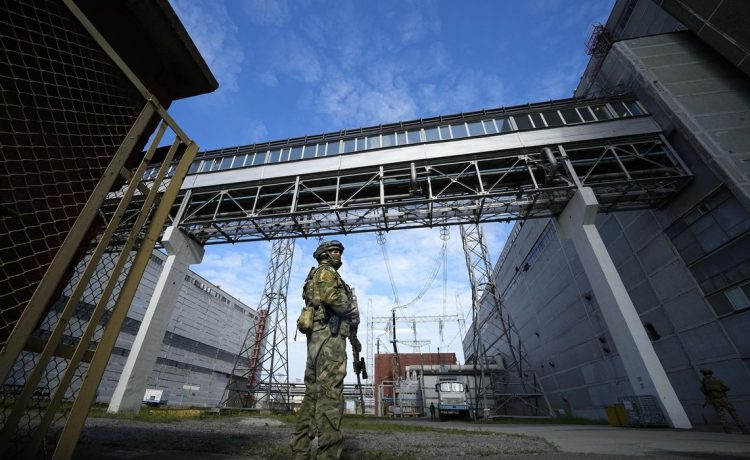 The last operating reactor at Ukraine’s Zaporizhzhia nuclear power plant, which is Europe’s largest, was shut down Sunday to reduce the threat of a radiation disaster amid the continuing fighting.

The move became possible after the plant was reconnected to Ukraine’s power grid.

Here is a look at the situation at the plant after 200 days of Russia’s war:

Fighting near the plant has fueled fears of a disaster like the one at Chernobyl in 1986, where a reactor exploded and spewed deadly radiation, contaminating a vast area in the world’s worst nuclear catastrophe.

The plant, one of the 10 biggest atomic power stations in the world, has been occupied by Russian forces since the opening days of the war. Ukraine and Russia have traded blame for shelling around the plant, which hasn’t damaged its six reactors or spent nuclear fuel storage, but has repeatedly struck power lines and some auxiliary equipment.

While Zaporizhzhia’s reactors are protected by a reinforced shelter that could withstand an errant shell or rocket, a disruption in the electrical supply could knock out cooling systems essential for the reactors’ safety. Emergency diesel generators can be unreliable.

After the facility was knocked off transmission lines Sept. 5 following a fire caused by shelling, only one reactor remained operational to power cooling systems and other crucial equipment in so-called island mode.

Functioning in “island mode” supplies power for the residual heat removal of the reactor cores and the spent fuel pools.

Experts say it is very unreliable. They point out that if the diesel generators fail, a core meltdown could occur within hours.

If the reactor is already turned off, the risk depends on the time since shutdown. The less time has passed, the more cooling is required.

While the pool containing Zaphorizhzha’s spent fuel is located inside the plant’s containment area, a serious reactor mishap would likely affect the pool as well.

WHAT IS HAPPENING NOW?

Ukraine’s nuclear operator Energoatom said the restoration of one of power lines linking the plant to the country’s power grid allowed engineers to shut down its last operating reactor.

Energoatom said the move was necessary to prevent a situation when the plant would have to rely exclusively on emergency diesel generators to keep the reactors cool and prevent a nuclear meltdown. The company’s chief told The Associated Press on Thursday that the plant only has diesel fuel for 10 days.

The International Atomic Energy Agency, the U.N. nuclear watchdog which has two experts at the plant, confirmed to the AP on Sunday that its last reactor was shut down after external power had been restored.

IAEA Director-General Rafael Grossi has called for a safe zone around the plant to avert a disaster but the fighting has continued.