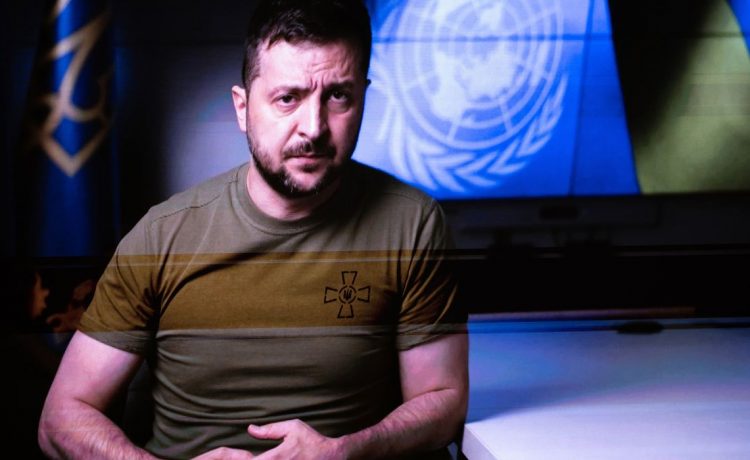 Russian President Vladimir Putin’s threat to use nuclear weapons must be taken seriously, Ukrainian President Volodymyr Zelenskyy said Sunday, warning that the Kremlin may resort to “nuclear blackmail” as its invasion of Ukraine falters.

In an interview with CBS’ “Face the Nation,” Mr. Zelenskyy said it would be a mistake to underestimate Moscow’s willingness to use its nuclear stockpile, which is the largest in the world.

“He wants to scare the whole world,” Mr. Zelenskyy said of Mr. Putin. “These are the first steps of his nuclear blackmail. I don’t think he’s bluffing. I think the world is deterring it and containing this threat. We need to keep putting pressure on him and not allow him to continue.”

Mr. Zelenskyy’s comments came just days after Mr. Putin last week announced a major military mobilization of his country’s reserve troops. In a speech announcing that call-up, the Russian leader made thinly veiled threats of nuclear war toward the West.

“Those who are attempting to blackmail us with nuclear weapons must be aware that the prevailing winds may also turn towards their side,” Mr.Putin said, according to his country’s state-run TASS news agency.

“Russian citizens must be confident: the territorial integrity of our motherland, our independence and freedom will be ensured. Let me stress it again: this will be ensured by all of our available means,” he said.

U.S. and Western intelligence officials fear that Russia could use nuclear weapons as its invasion of Ukraine falters. Russian troops in recent weeks have been pushed out of key cities such as Kharkiv by a major Ukrainian counterattack. In some parts of Ukraine, U.S. military officials have said that the Ukrainian offensive resulted in a “rout” of Russian troops.

Those defeats have led to immense pressure on Mr. Putin at home, where criticism of Russia’s war effort has grown louder. Against that backdrop, U.S. national security officials also say they’re taking the nuclear threats seriously.

“It is a matter that we have to take deadly seriously because it is a matter of paramount seriousness — the possible use of nuclear weapons for the first time since the second World War,” White House National Security Adviser Jake Sullivan told “Face the Nation” on Sunday. “We have communicated directly, privately, at very high levels to the Kremlin, that any use of nuclear weapons will be met with catastrophic consequences for Russia, that the United States in our allies will respond decisively. And we have been clear and specific about what that will entail.”

“We have, in public, been equally clear, as a matter of principle, that the United States will respond decisively if Russia uses nuclear weapons and that we will continue to support Ukraine in its efforts to defend its country and defend its democracy,” Mr. Sullivan said.