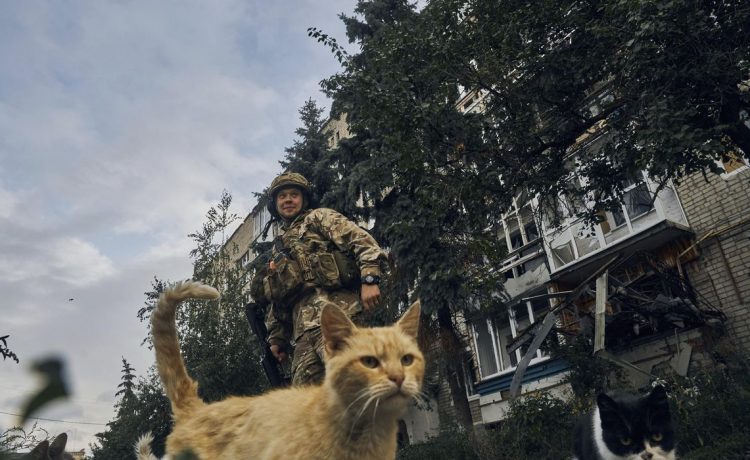 IZIUM, Ukraine — Ukrainian President Volodymyr Zelenskyy visited the recently liberated city of Izium on Wednesday, greeting soldiers and thanking them for their efforts in retaking the area, as the Ukrainian flag was raised in front of the burned-out city hall building.

Russian forces left the war-scarred city last week as Ukraine pressed forward in a sweeping counteroffensive that has reclaimed vast swaths of territory in the country’s northeastern Kharkiv region in a matter of days.

Much of Izium has been devastated. Apartment buildings are blackened by fire and pockmarked by artillery strikes. The entire center of one residential building had collapsed, a gaping hole and piles of rubble where homes used to be.

“The view is very shocking but it is not shocking for me,” Zelenskyy said in brief comments to the press, “because we began to see the same pictures from Bucha, from the first de-occupied territories … so the same destroyed buildings, killed people.”

Bucha is a neighborhood near Kyiv where the bodies of civilians, many of them bearing signs of torture, were found dumped in the streets, in mass graves and in yards after Russian forces withdrew hastily in March.