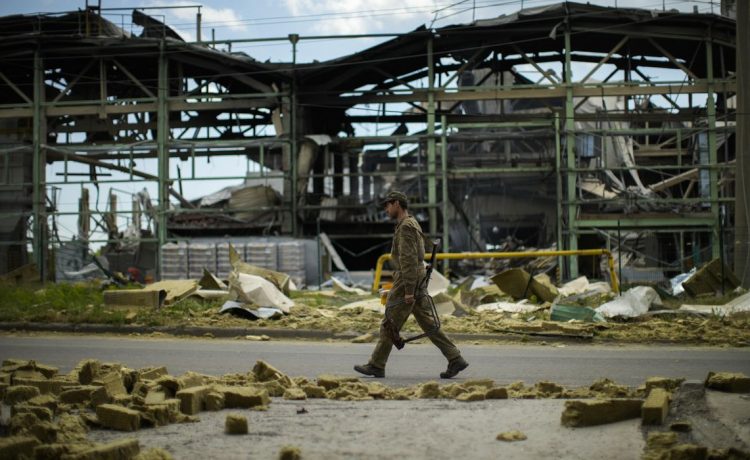 Ukraine has told its forces to withdraw from Sievierodonetsk, an eastern city that’s been the center of fighting for weeks.

The military concluded that Ukrainian troops were at risk of being encircled by Russian invaders who’ve battered their positions over and over.

The soldiers will retreat to new positions as Russians target the nearby city of Lysychansk.

Russian President Vladimir Putin is focusing his unprovoked assault on Ukraine in the eastern Donbas region after failing to take Kyiv early in the war that began Feb. 24.

The Russians have slowly taken control of territory in the eastern and southern parts of Ukraine, including the devastated city of Mariupol as it builds a corridor from Russian territory to Crimea, which it annexed in 2014.

While it suffers on the battlefield, Ukraine notched a win when the European Union granted its request this week to be a candidate for membership. Ukrainian President Volodymyr Zelenskyy called it a “unique and historic” moment.

“By joint efforts, we will free Ukrainian land from the Russian aggressor!” he tweeted.