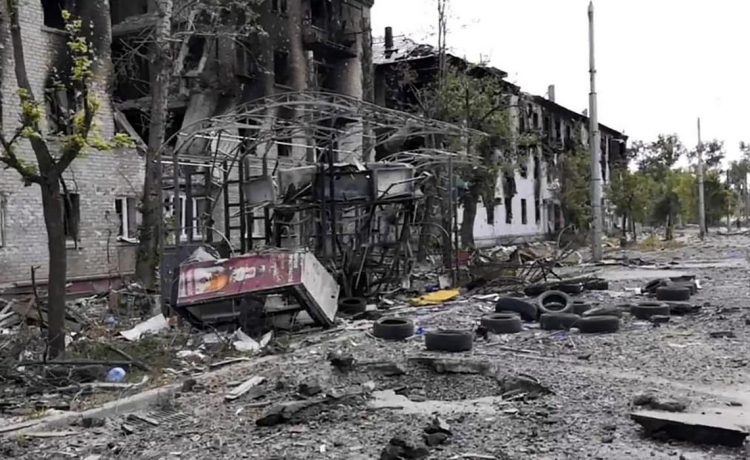 Russian forces over the weekend captured the key city of Lysychansk in Ukraine’s eastern Donbas region, according to reports Sunday, marking a major strategic win for Moscow and bringing virtually all of the Luhansk province under Kremlin control.

Russian Defense Minister Sergei Shoigu said that his troops have completed the “liberation of the Luhansk People’s Republic” after the final Ukrainian defenders retreated from Lysychansk to set up defensive lines deeper in eastern Ukraine.

Russia recognizes the Luhansk and Donetsk regions as sovereign states and has claimed its military operation in Ukraine is designed to liberate those territories.

Both provinces officially remain parts of Ukraine. Kyiv and the West reject Russia’s claims and the notion that the provinces are independent states.

Moscow has put its full military weight behind the push to capture Luhansk and Donetsk, which together make up the Donbas region. Ukrainian forces are finding it increasingly difficult to hold on to territory amid unrelenting Russian assaults.

“The occupiers threw all their forces on Lysychansk. They attacked the city with incomprehensibly cruel tactics,” Luhansk Gov. Serhiy Haidai said in a post on Telegram. “They suffer significant losses, but stubbornly advance. They are gaining a foothold in the city.”

Ukrainian military leaders have not publicly confirmed a full withdrawal, but Western analysts say it’s clear Ukraine’s forces have pulled back from the city.

“Geolocated footage showed Russian forces casually walking around northern and southeastern neighborhoods in Lysychansk in a way that suggests that there are few or no remaining Ukrainian forces in the city as of July 2,” researchers with the Institute for the Study of War wrote in an analysis Saturday. “Ukrainian military officials did not publicly announce a troop withdrawal but neither did they report on defensive battles around Lysychansk.”

Russian forces likely will consolidate their hold on Lysychansk before mounting new attacks on the cities of Siversk, Slovyansk and Bakhmut, researchers said.